The typical light bulb is really boring. You put it in the socket and it glows to provide you light. There are all sorts of lamps on the market, but if you want something that it as much a conversation piece as a source of illumination, the Flyte levitating light bulb is what you need. 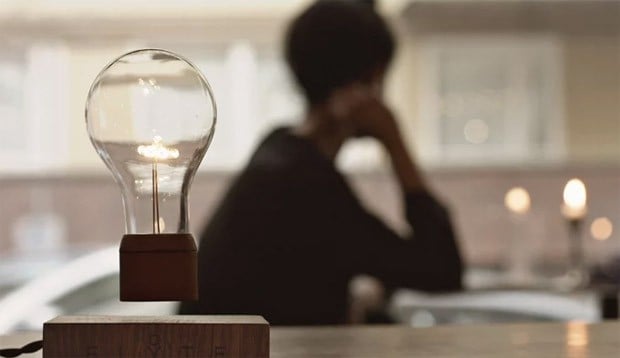 Flyte has a base made from sustainable wood like oak, ash, or walnut. The base hides an electromagnet to make the bulb float, as well as a wireless power transmitter. It was designed in Sweden and uses energy efficient LEDs that are rated for 50,000 hours. That means you can leave it on for 12 hours a day for eleven years.

Flyte is raising funds for production on Kickstarter and a pledge of $249(USD) or more will get you one shipping in October. The project was seeking $80,000 and has raised nearly $120,000 so far.