We’ve featured a few augmented reality tattoos before, but in all of them the QR code or bar code were visible, if not the only figure drawn onto the skin. Illustrator Sutu’s take on the permanent trick hides the magic in plain sight. 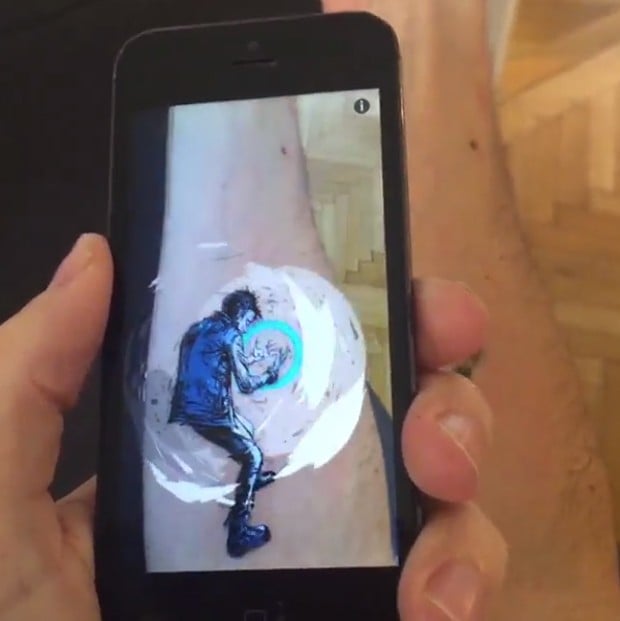 I can't believe this worked! #ARtattoo

Clever work, dude! I think this discreet form of augmented reality has lots of practical applications as well, especially if the app could somehow update the graphics overlay or have smart image recognition.

[via Sutu via Prosthetic Knowledge]