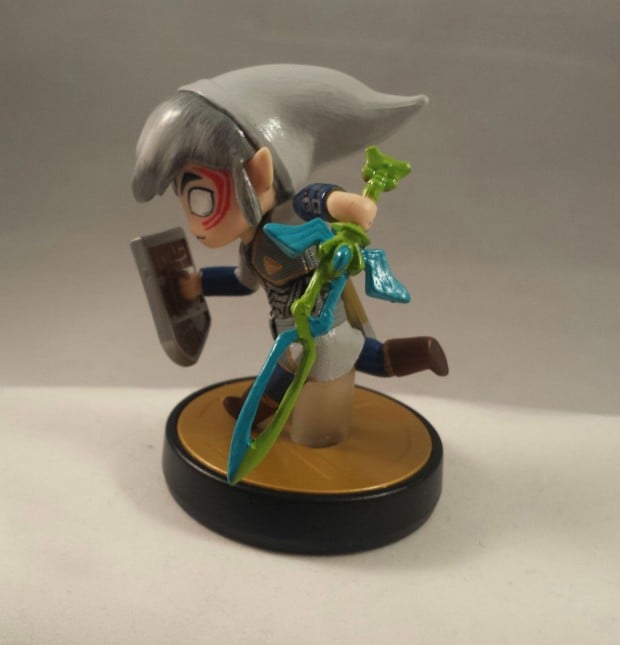 Link’s super-powered form does appear in the Super Smash Bros. games but as a skin for adult Link. God-tier Toon Link still looks fierce though, even fiercer if you consider that he’s holding the two-handed Fierce Deity Sword with just one hand. I guess you could say he has… Heavenly Strength. YEEEAAAAH