Earlier this year we featured the 10-player arcade game Killer Queen. Event company Two Bit Circus also has its version of a not-so-massive offline multiplayer game. The company calls it Hexacade, because it allows up to six players to play together at the same time. 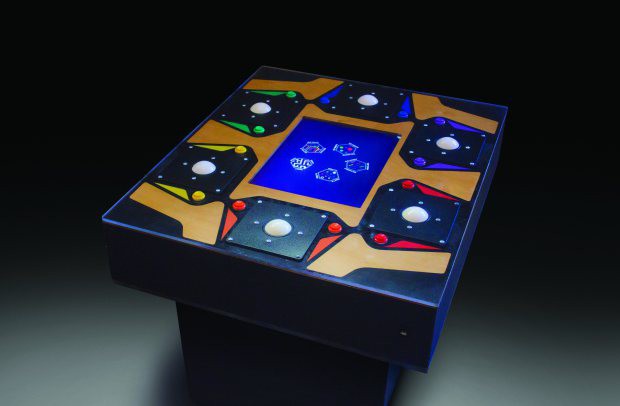 Originally called the Party Table, the Hexacade has a trackball and arcade buttons for each player. Two Bit Circus loads the Hexacade’s Intel NUC mini PC with simple games such as ping pong and Snake. Co-founder Brent Bushnell (son of Atari founder Nolan Bushnell) says they chose to enable up to six players at once because, “people will usually go out to bars and restaurants in groups of two to four so a game that allows six players usually catalyzes meeting someone new. Social interaction and making new friends is a focal point of the table.”

Here are a few shots of the Hexacade’s earlier versions being used in Two Bit Circus’ events: 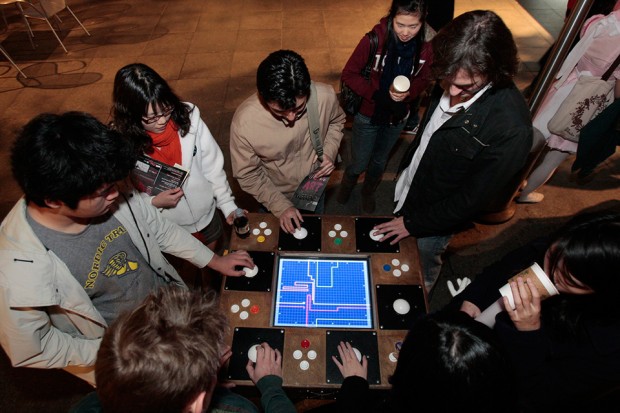 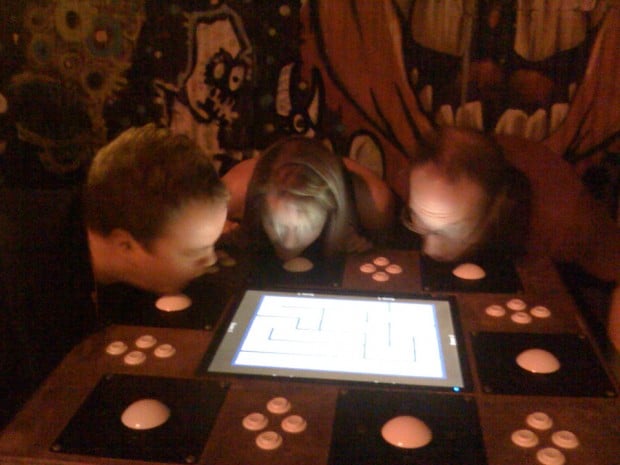 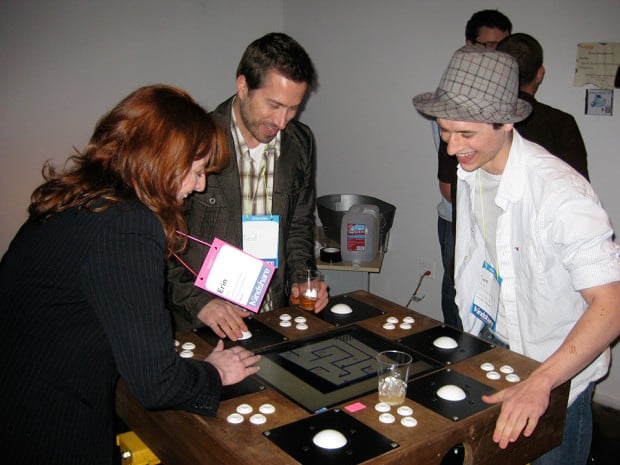 The company’s game reel also shows off the Hexacade in action, along with Two Bit Circus’ other original contraptions:

Be careful Two Bit Circus. The road to hell is paved with good intentions.