Vaptur iOS App Records Moments That Already Happened: A Clip to the Past

iOS devices have good cameras but limited storage, so recording videos on them can be a hassle especially if you’re only waiting for a particular moment to happen. That’s what the new app Vaptur is trying to solve. It’s a video recording app that lets you see and record moments a few seconds after they occur. It’s like a TiVo for real life. 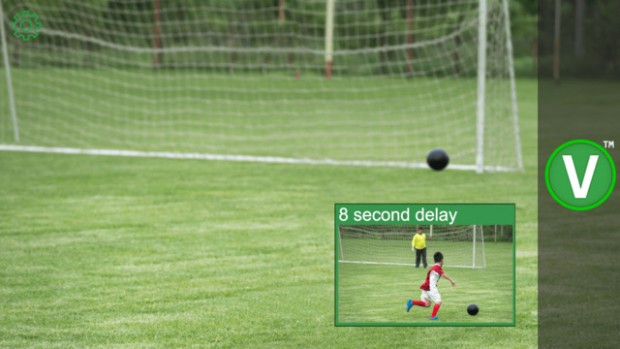 Vaptur is a one-trick pony – it cannot record in real-time. What it does is temporarily save small bits of footage, which you’ll see in a small window while the app is running. This gives you an ample amount of time to inspect what happened and see if it’s worth saving. By default you’ll be able to record events that happened 8 seconds ago, but you can adjust that delay in the app’s settings.

As of this writing Vaptur is available on the App Store at a discounted launch price of $2 (USD) and will later sell for $3. I think it’s a clever app, but it should have an option to put the delayed footage on the main display and the real-time view in the small window. That would make it less confusing for me.