A couple of years ago we checked out artist Andy Stattmiller’s Star Wars nesting dolls. He’s made more pop culture nesting dolls since then, the latest being this set based on the Batman TV series from the sixties. 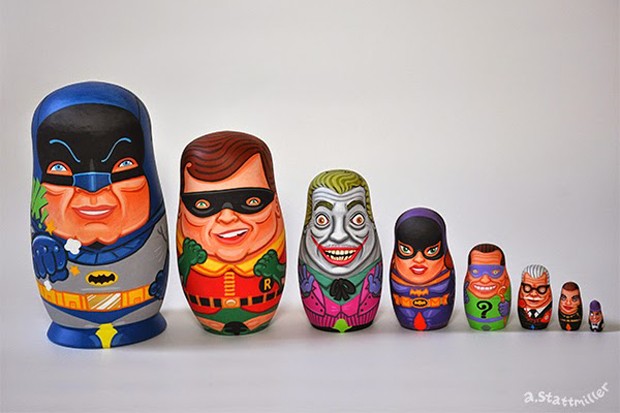 The dolls are of Batman, Robin, the Joker, Batgirl, the Riddler, Commissioner Gordon, Catwoman and the Penguin. As with the Star Wars dolls, Andy made these using wood and acrylic paint. The largest doll is 8″ tall and the smallest one is just 0.75″ tall. 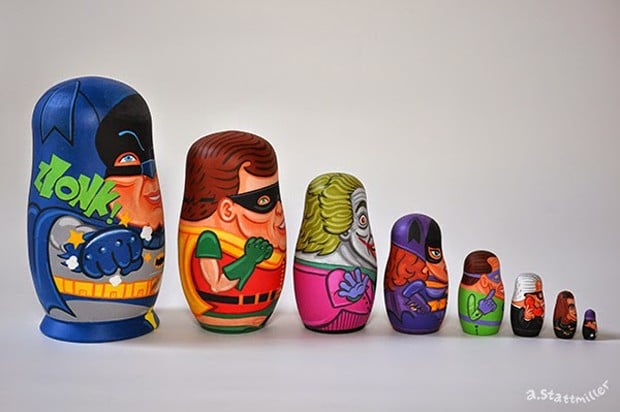 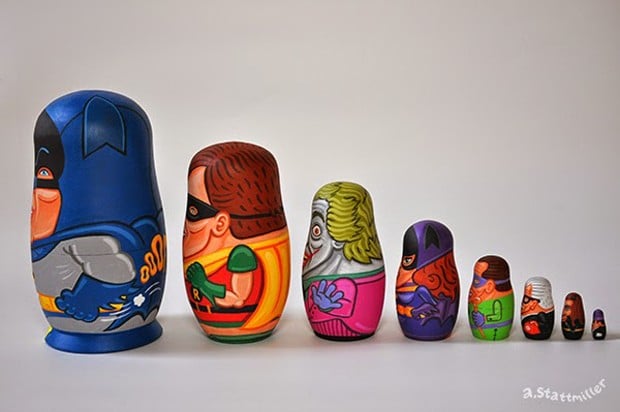 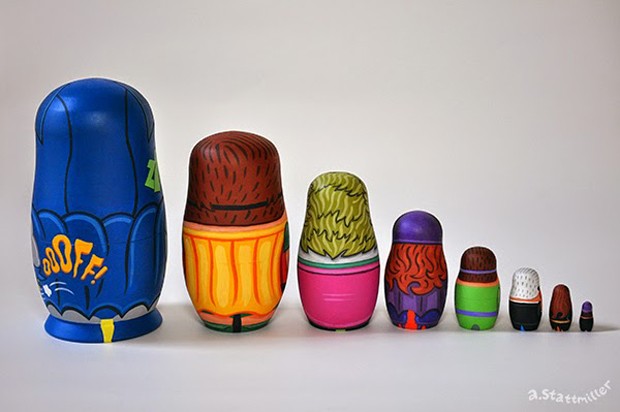 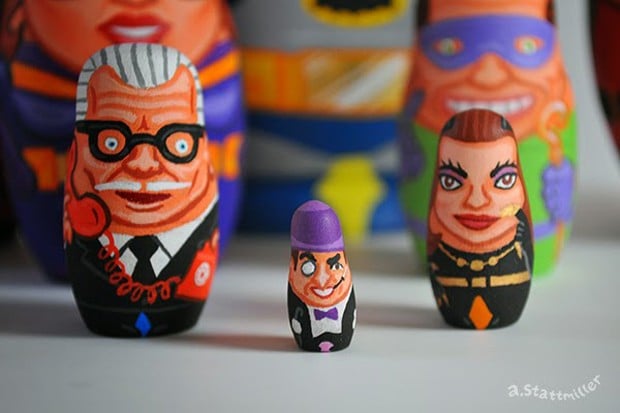 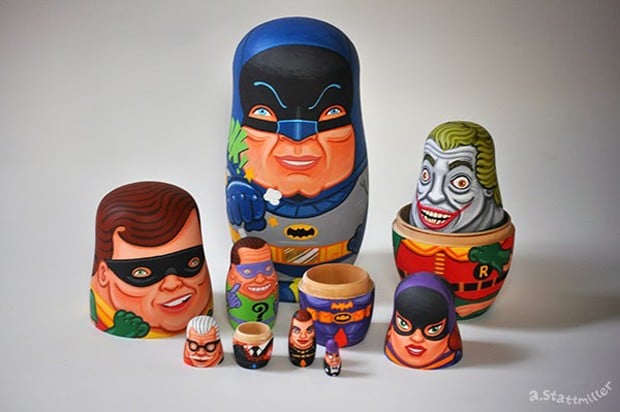 [via Andy Stattmiller via You Bent My Wookie]