Hawkeye Sings about His Superpowers

Every time I watch The Avengers, I think to myself that Hawkeye really doesn’t belong there with the others. His only superpower seems to be shooting an arrow and having good vision. Black Widow is questionable as well but she likes tight clothing and can throw a punch so I am willing to let her slide for now. 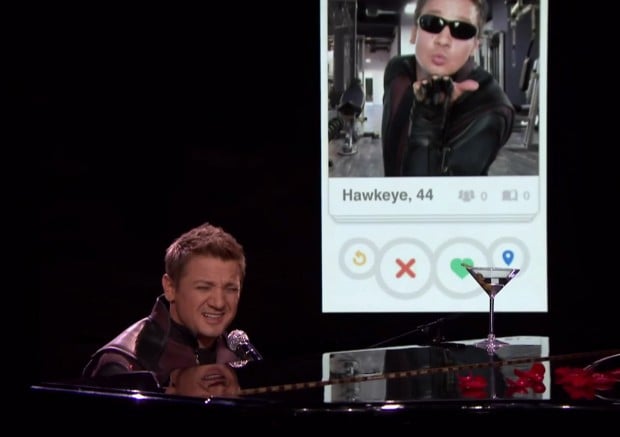 Hawkeye has few redeeming qualities, and many other fans of the franchise agree. Jeremy Renner recently went on the Tonight Show and sang a song about all of the super powers we didn’t know about.

The tune is a parody of Ed Sheeran’s Thinking Out Loud. My favorite super power is that he gets free guacamole at Chipotle. Check out the song for yourself in the video above. Also, Renner has no future in music.