Bruno Trash Can is Also a Vacuum Cleaner: Sweep & Throw

The Bruno dumps trash cans into the era of smart appliances. It has a motion sensing lid, it tells you when it’s low on trash bags, and it can remind you when to take out the trash. But it’s smartest feature is the vacuum cleaner hidden at its base. Something tells me your pets won’t like that feature.

The Bruno has sensors that will trigger the vacuum cleaner when you’re sweeping dirt into it and then turn the air pump off when you’re through. The dirt it sucks will supposedly end up in the trash bag, although how exactly that happens isn’t shown in the current product pictures. One can only assume that it sucks it from the bottom to the top and it falls into the top of the bag. 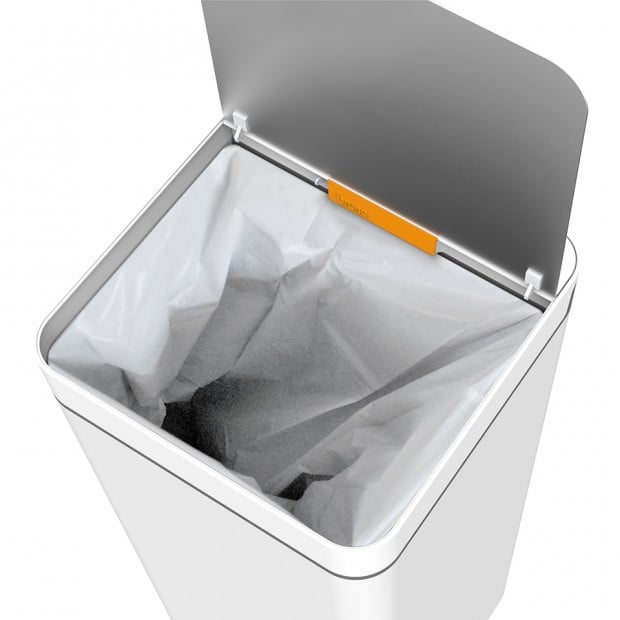 The Bruno can be used with standard 13gal. trash bags, but the low trash bag alert on its app will only work with Bruno-branded trash bags, which fit into the storage pod near the container’s rim. Should you decide to buy the Bruno bags, you’ll be able to order some from within the Bruno app. 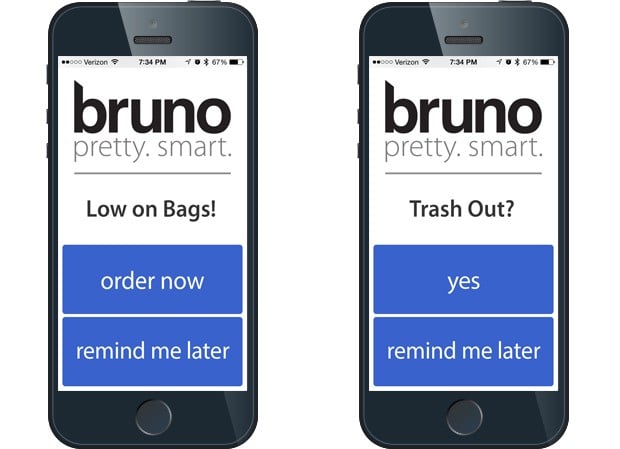 The trash can has a retractable cord and a built-in battery that should last up to 30 days per charge, so it doesn’t have to be placed near an outlet most of the time.

Pledge at least $139 (USD) on Kickstarter to get the Bruno smart trash can as a reward.