Another day, another Apple Watch destroyed by a gadget killing maniac. Earlier this week, we saw the Will it Blend crew grind an Apple Watch into black power inside a massive Blendtec blender. I’m still amazed that there was nothing left of the Apple Watch after the blending process but toxic dust. 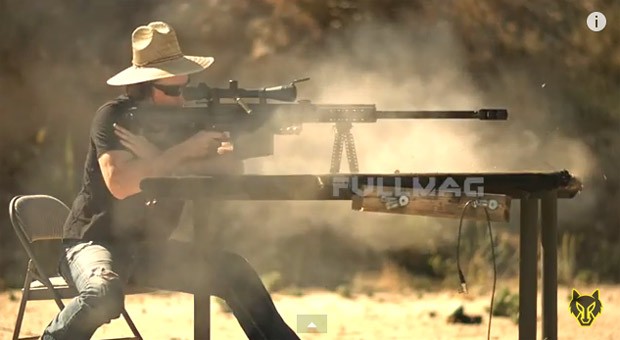 This time out we have a gadget killer out at the shooting range with an Apple Watch and a massive .50 Cal sniper rifle. This dude from FullMag sets the watch on a crosstie and proceeds to take aim.

The watch is neatly cut in half by the massive bullet and flames ensue. I wonder if the explosion was caused by the battery being punctured or if the shooter used some sort of incendiary round to make the fireball. Check out the video for all the carnage.