LEGO enthusiast Steve Price shows what could happen if the girls of the LEGO Friends set got their hands on the Galactic Empire’s Death Star. In Steve’s The Friends Star, the Heartlake City kids gave the Star Wars space station a bright and pastel-colored makeover, then they invited their buddies for what has to be the largest children’s party in the galaxy. 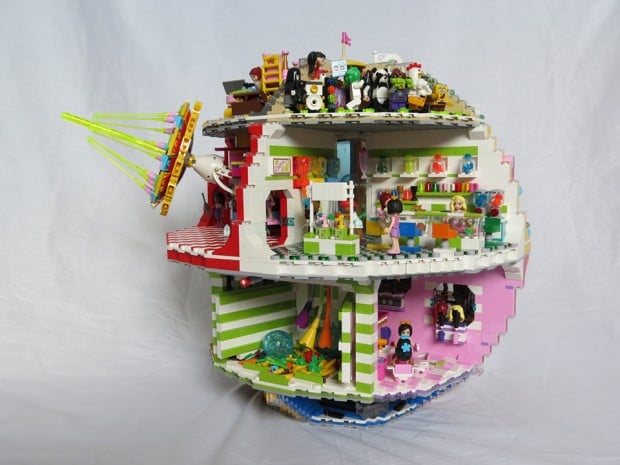 Note that they kept the superlaser running. These kids have a mean streak. Head to Steve’s Flickr page to see more of The Friends Star. 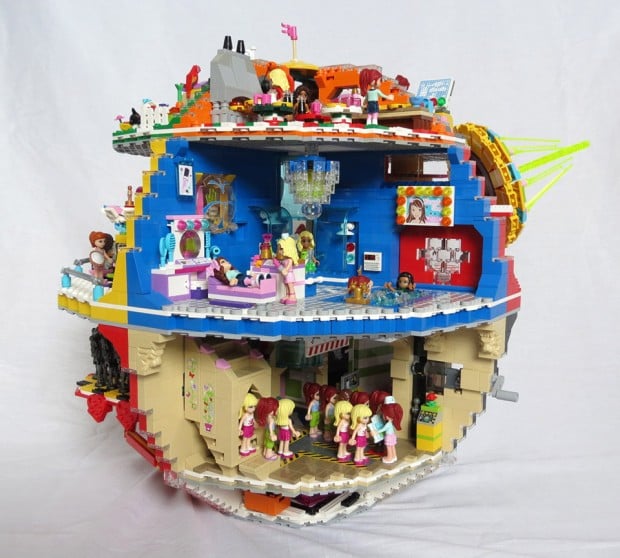