The inventors of CoBattery claim that they’re bringing one of the basic features of mobile devices back to the iPhone 5, 5S and 6: the ability to swap batteries. CoBattery is a charger and case combo that comes with two removable 3200mAh batteries and a charging dock. 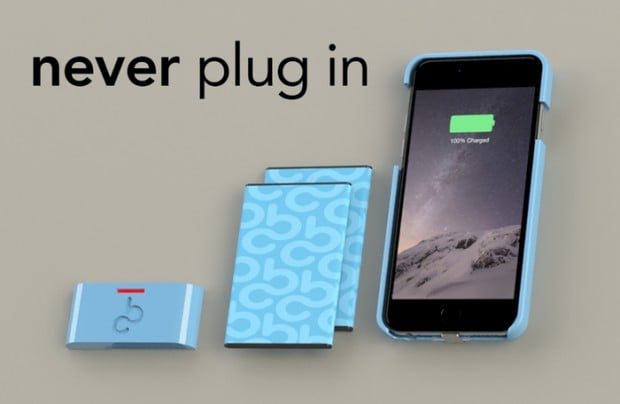 The idea is simple: instead of charging the iPhone or the case, you’ll charge the batteries on the dock and swap them in when needed.

You can get the CoBattery as a reward on Kickstarter by pledging at least $75 (USD), but I strongly suggest that you wait until its inventors can prove that they have a working prototype.

Their video clearly only shows mockups, and even if those were functional the design has possible dealbreakers that need to be addressed. For one, will the final version of CoBattery’s battery compartment remain unprotected? If so, you run the risk of damaging the connectors with dust or liquids. It also increases the chances of the battery accidentally popping out – though they say the design minimizes that risk. There’s a reason why phones with removable batteries have rear panels. The inventors also didn’t say if CoBattery will have a switch to toggle the charging on and off. Hopefully they answer those questions before concluding their fundraiser.