Hey Google, here’s a great April Fools’ Day idea for next year. Redditor selvag depicted A Song of Ice and Fire‘s place not to be in the style of Google Maps. Westeros’ and part of Essos’ major regions, roads and other landmarks are clearly indicated on the map. It’ll make for a great motivational poster for budding puppet kings and other aspiring rulers of the Seven Kingdoms. 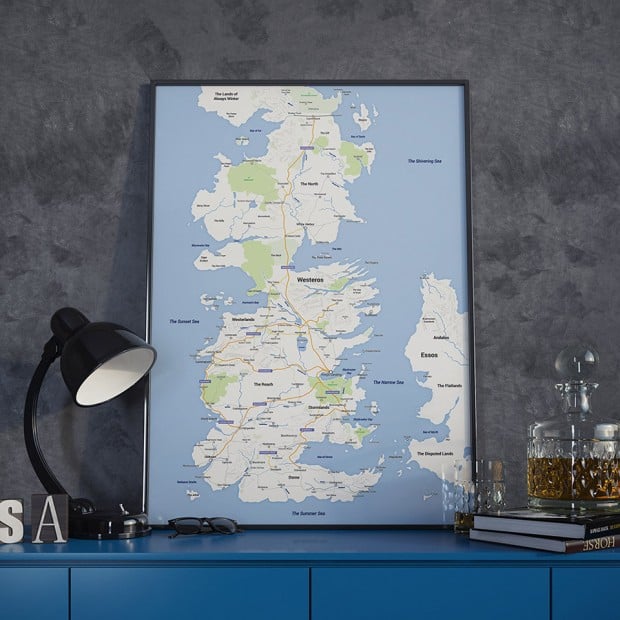 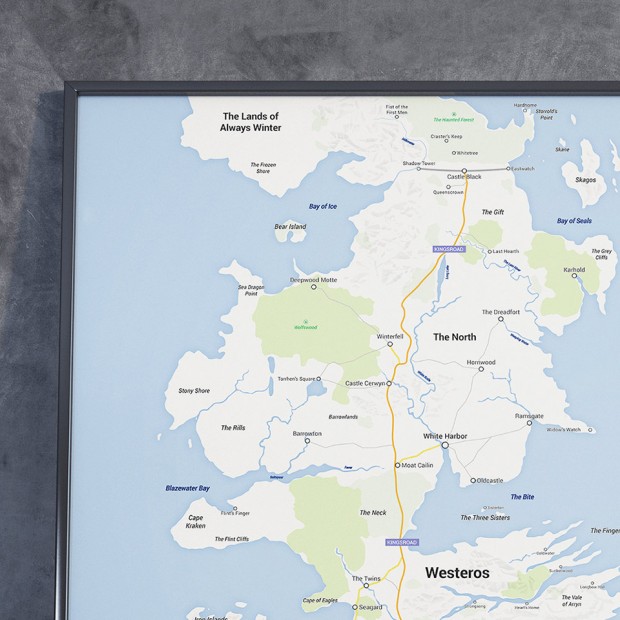 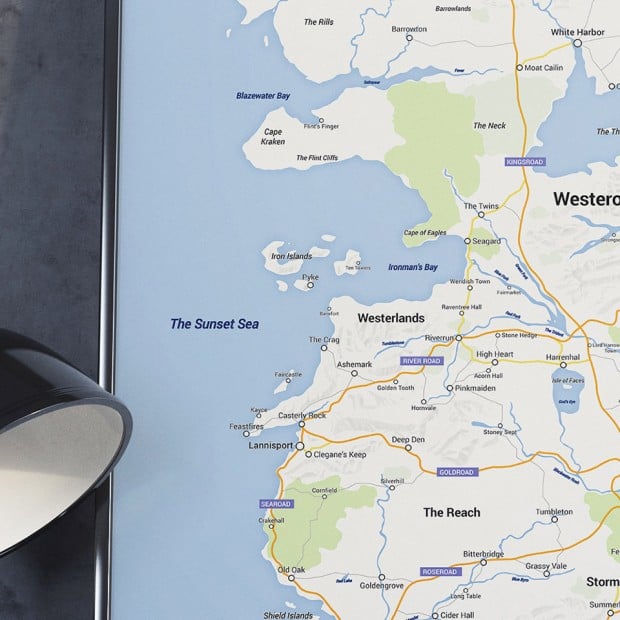 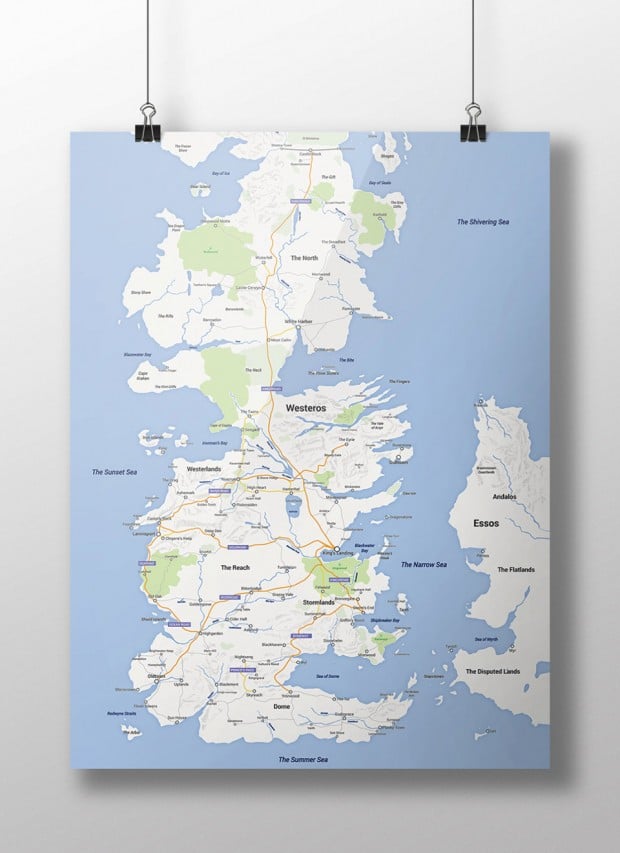 You can order the map from selvag’s Etsy store. It costs between $21 to $34 (USD) depending on the size you want.