A few months ago, we checked out Redditor Olivier-FR’s Millenium Falcon and TIE Interceptor quadcopters. Since then’s he’s made a few more Star Wars-themed skins for his quadcopters, including an Imperial Star Destroyer, a Snowspeeder and now a bigger version of the Millenium Falcon. 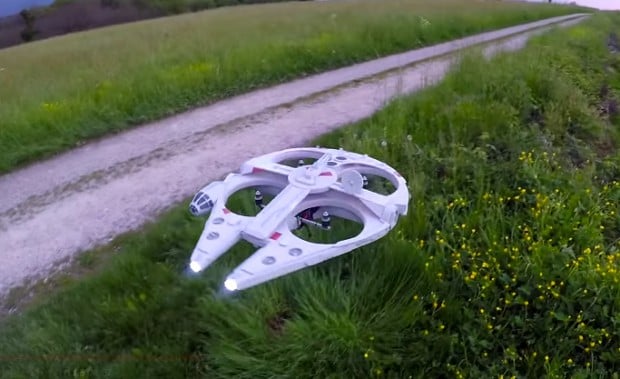 Olivier-FR says his Millenium Falcon Mk.II is about 15% bigger than the first one. The body also appears significantly more detailed, and Olivier-FR’s cutting and sculpting seems to have improved. Keep watching until the end of the video to get a sneak peek at his next Star Wars quadcopter.

Chewie, you have a new home. Head to Olivier-FR’s thread on RC Groups for more details on his build.