Way back in 2013, we talked a bit about some gaming cartridge flasks that were on Kickstarter seeking the money to come to market. Like many projects on Kickstarter, we promptly stopped following it once it raised the money it needed. If you liked that idea and have always wondered where you could get one, ThinkGeek is the answer. 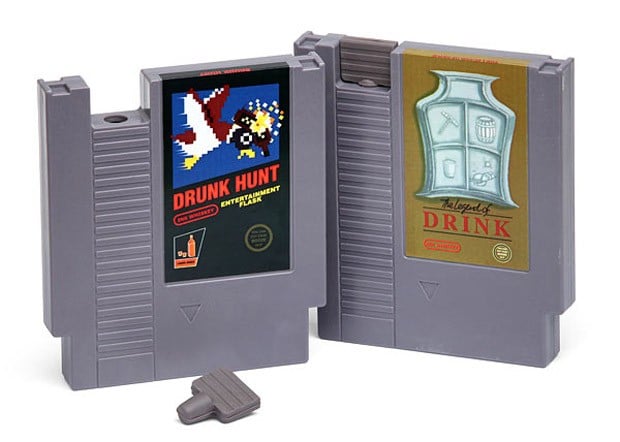 These two flask cartridges appear to be the same from the Kickstarter project, but I don’t know that for sure. While on Kickstarter, you could choose from several cartridges. On ThinkGeek, you get two choices, the Legend of Drink or Drunk Hunt. They look like old school Nintendo cartridges and hold six ounces of booze. Construction is from BPA-free food grade ABS polymer, and they’re $19.99(USD) each.