Star Wars Scenes Each Made from a Single Sheet of Paper: Cut Scene

Marc Hagan-Guirey aka Paper Dandy specializes in kirigami, a variation of origami that allows for cutting paper as opposed to just folding it. Marc and his skills became well known when his haunted house kirigami went viral back in 2012. But even before he became famous, Marc was already working on his Star Wars collection. He’s finally finished the geeky kirigami and is ready to share it with the public, but he needs your help. 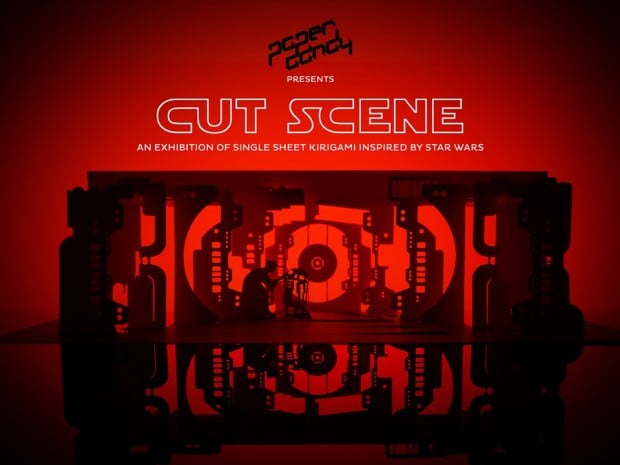 Marc’s Cut Scene is a collection of 12 Star Wars-inspired models, each made from a single sheet of A4 paper. Marc carefully cuts and folds each sheet, then installs them in light boxes to create beautiful panoramic silhouettes.

So why is Marc raising funds for Cut Scene if he’s already finished the paper models? You see, art galleries usually ask for a portion of an artist’s profits in exchange for hosting their work. But Marc isn’t affiliated with Disney or Lucasfilm, which means he can’t sell his models. No sales, no cut for the gallery, no exhibit. That is, unless he can pay the gallery up front. Hence the Kickstarter. 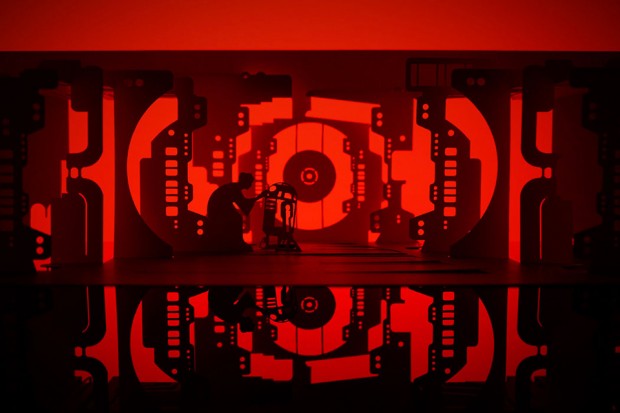 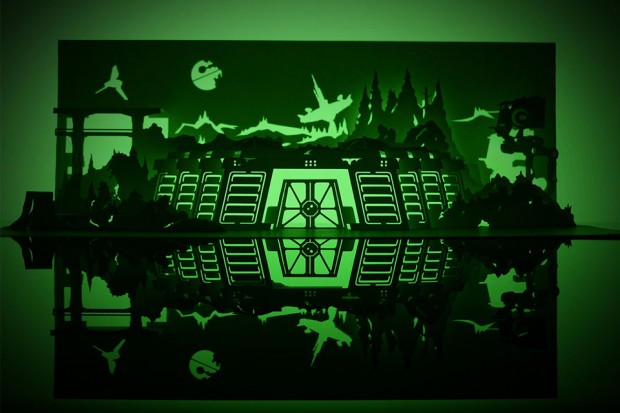 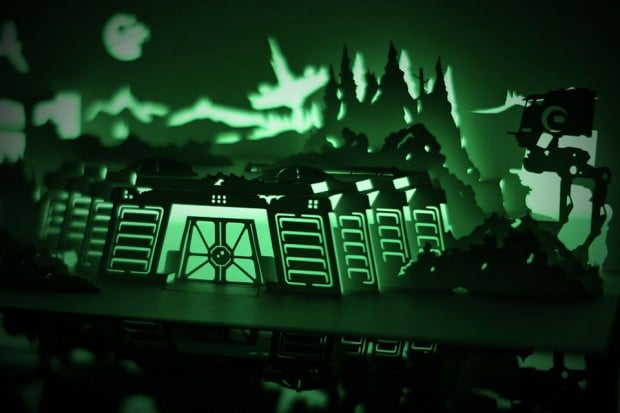 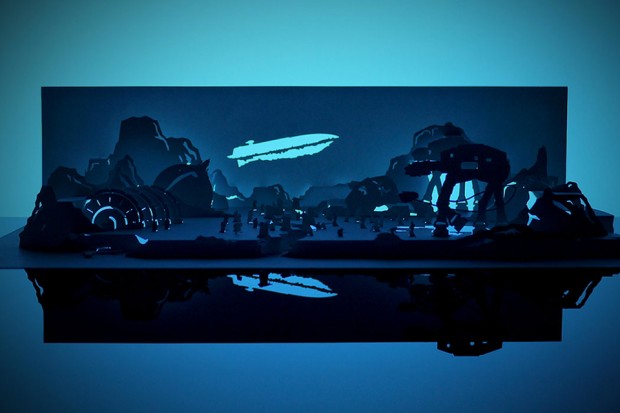 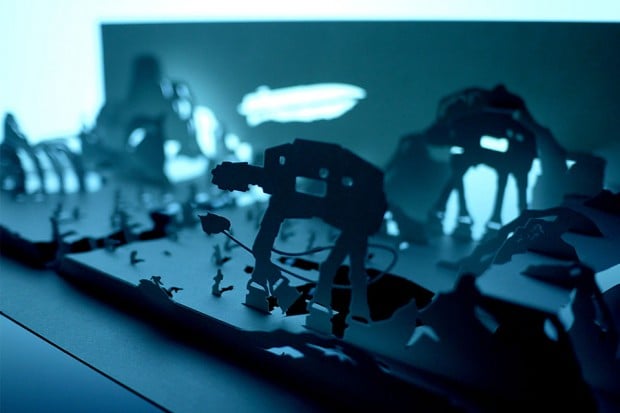 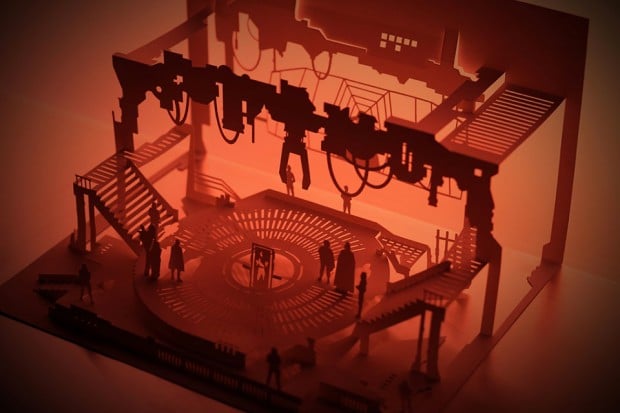 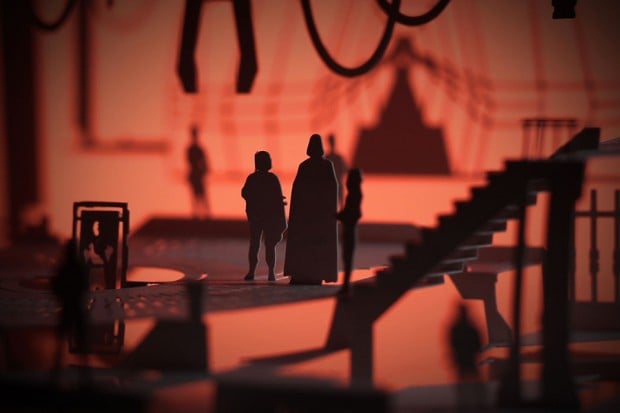 You can pledge at least £5 (~$8 USD) on Kickstarter to help Marc. Higher pledges will get you various rewards, such as high resolution images of the paper models, a photo book or even an invitation to a private viewing of Cut Scene.

[via Paper Dandy via Neatorama]