Jay Silver is back on Kickstarter with an even smaller version of his simple but versatile USB keypad, the MaKey MaKey. Aside from its smaller form the Makey Makey Go also has a keyring and a magnet. It’s like a bottle opener for inventors. 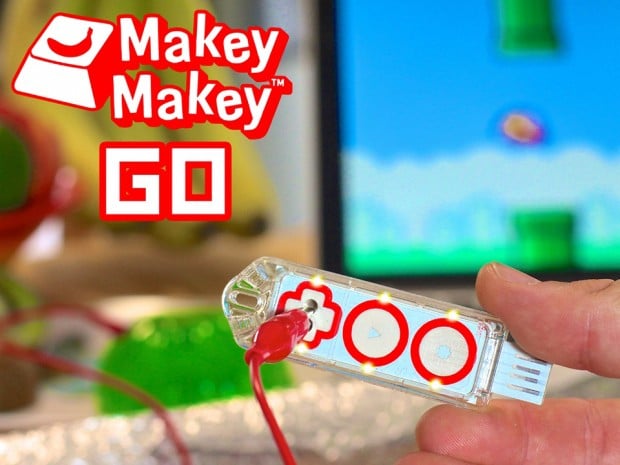 In case you’ve never heard of the MaKey MaKey until now, it’s a plug-and-play USB device that lets you use conductive objects – aluminum foil, fruits, feet, etc. – as mice or keyboards. Check out the video for fun examples of its applications:

Pledge at least $19 (USD) on Kickstarter to get a Makey Makey Go as a reward.