Family Gets Double Decker Couch from The LEGO Movie

I watched The LEGO Movie at home with my kids because I thought it sounded too weird to spend the money to see in the theater. After watching it, I think I was right. It was a weird movie and I didn’t care much for the way it was filmed. 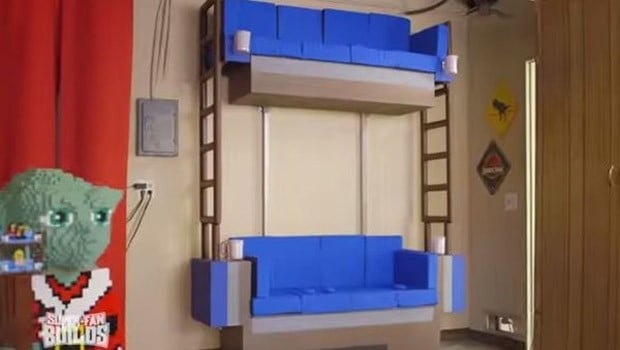 Regardless, a lot of people loved the flick and one super fan won one of the most memorable props from the film for his family’s living room. That item is Emmet’s goofy double-decker couch. It looks like something very dangerous to use to me. I’d totally sit on the top deck though.

The couch even has a compartment under the bottom couch that lets you store stuff like blankets (or more LEGO.) Check out the video to see more about the double-decker couch build from Super-Fan Builds.