If ever Hollywood got the casting right for a role it was when someone decided to put Ryan Reynolds in to the Marvel universe as Deadpool. Reynolds certainly has the mouth part down, he keeps teasing fans with weird photos, and glimpses from the movie. 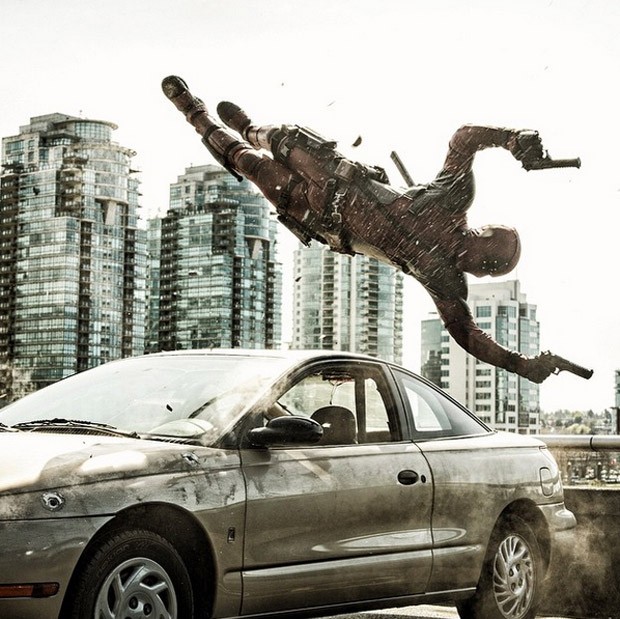 The latest tease is of Deadpool sideways in the air over a shot-up old Saturn. The caption Reynolds put with the photo says, “Stuck the landing. With my mouth.”

This is going to be an awesome movie and I keep wondering if Deadpool will break the fourth wall and talk to the audience in the movie. He almost has to, doesn’t he?