TeeBot 3D Printer in a Suitcase: Literally Print Out of the Box

A few months ago we checked out a custom made 3D printer that folds into a suitcase. If you don’t have the time or skills to build your own, check out the TeeBot. It’s built on the same idea – a portable standlone 3D printer – except you’ll be able to buy one. 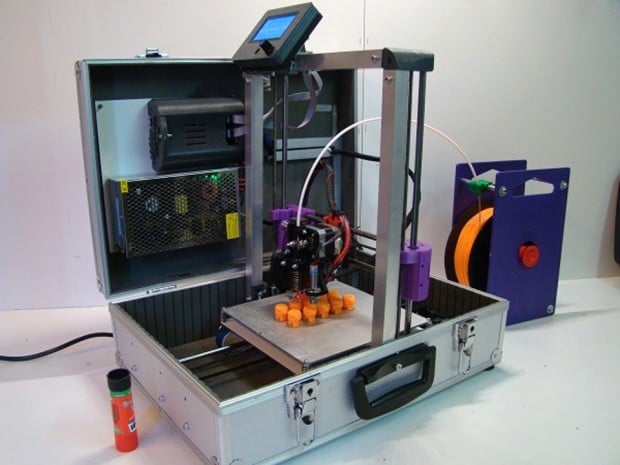 Emmanuel Adetutu and Paul Lammerts are the makers behind TeeBot. They designed the 3D printer to be durable, open source and relatively easy to use. It weighs about 16.5lb. and has a build volume of about 8″x 6″x 8″. It has a 0.4mm nozzle and uses 1.75mm filament. TeeBot runs on the Marlin firmware and has an SD card slot so you can load and print models without the need for a PC.