When Adam Savage isn’t working on Mythbusters or other projects, he spends his off time creating some really cool and geeky items.

Case in point is this Star Trek captain’s chair replica. The project was inspired after Savage purchased an expensive “replica” captain’s chair that left him wanting more. So more is what he created. 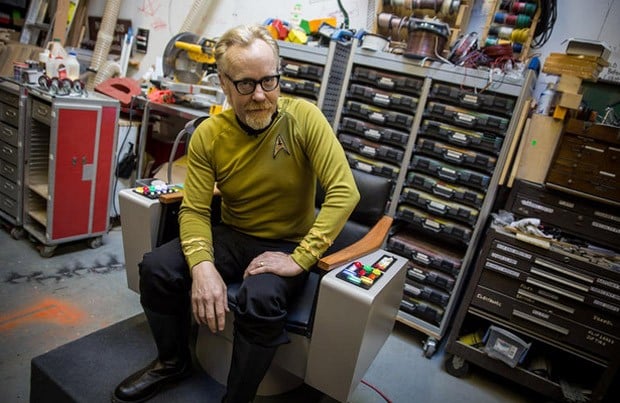 Adam built the entire captain’s chair from scratch, including the carpentry and leather upholstery. He later called in his tech-savvy pal Jeremy Williams to help add lights and Trek sound effects to the buttons and switches.

To prove he is an über geek, Adam included the communications pod from the unaired pilot episode of Star Trek “The Cage” and he also put a drawer in the base of the chair for other props. You need somewhere to store those pointy ears and phasers after all. Check out the video for more chair details.