My wife often says I have bad breath. I think she’s is a bit hypersensitive on the issue, but it’s her nose. Luckily, soon there will be a tool available so that I can test my level of halitosis and either start brushing more often or prove that my wife’s odor-sniffing abilities are too finely tuned. 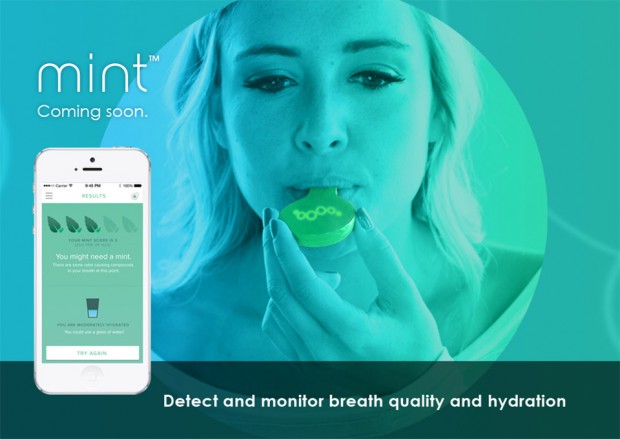 A new crowdfunding effort from Breathometer, who also produced a breath-based blood alcohol monitor in 2013, is called Mint. It not only tells you the quality of your breath, but also it lets you know how hydrated you are (often times the two are linked). To use it, turn on the palm-sized device, pair it with a companion app on your phone, and then clamp down on the front and let the tool’s tiny motor suck air into its sensor. In about five seconds, the app on your phone shows you the results – it gives your breath a score of one out of five mint leaves and tells you how hydrated you are. Mint should be available by August and a pledge of $99(USD) will get you one when it’s released.

Until August I am still going to have to go old school and breathe into my cupped hand and sniff it. But once I get my Mint, I’ll be scientifically sure whether or not people are offering me mints out of courtesy or because I really need them.