Did you know that the Apple Watch is probably more powerful than the iPhone 4? Or that the Samsung Galaxy S6 is five times more powerful than the PlayStation 2? Those are just two of the comparisons that technology education website Experts Exchange made in its new infographic about the processing power of some of the most popular devices. 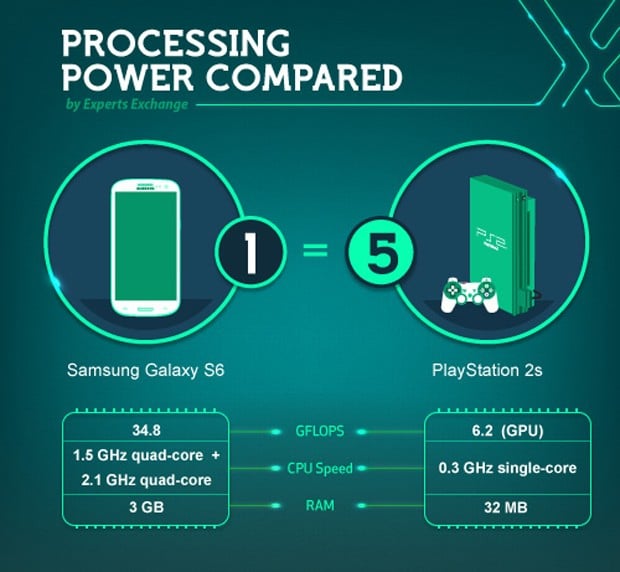 The website arrived at its gadget currency exchange by comparing the CPU speed, RAM and FLOPS rating of the chosen devices. They’re not saying the Apple Watch is “better” or more useful than the iPhone 4 – because it sure as hell isn’t – just that it has a bigger brain.

I’d love to see a similar chart but for animals. I hope I’m worth at least two dogs.