Like Hero Forge, Imagine 3D Miniatures’ Mounted Heroes are an upcoming customizable miniature system based on 3D printing and a user-friendly configurator. While Hero Forge has more diverse characters and more importantly is already up and running, Mounted Heroes does have an ace up its sleeve: mounts. 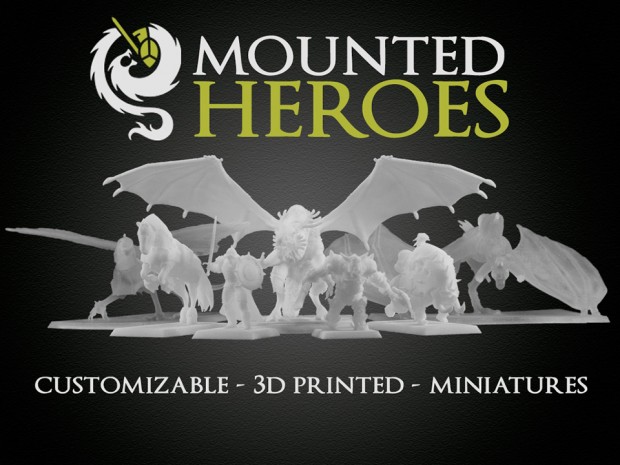 Mounted Heroes currently has two main races – humans and orcs – and both have access to different mounts. Human miniatures can have horse, griffin or dragon mounts, while orcs have boar, wyvern or lizard-like mounts. More races and mounts will be released in the future, sooner if Imagine 3D Miniatures’ stretch goals on Kickstarter are met. I get the logic behind pairing a race with a mount, but I think Mounted Heroes would better serve its purpose – i.e. customization – if that restriction was removed. 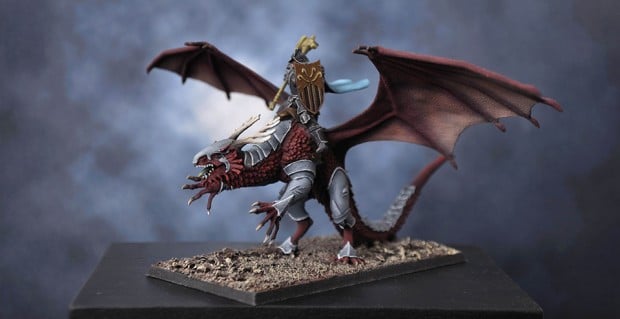 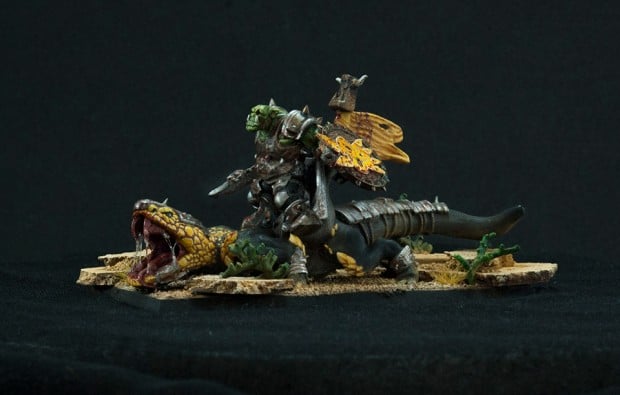 Like Hero Forge, Mounted Heroes’ configurator is easy to understand and instantly reflects your choices on a 3D doll. You can start from scratch or pick from available templates. Either way you’ll be able to customize your characters’ pose, face and various pieces of armor and weapons.

Both services also offer two materials for printing – one brittle but better suited for details and thus display, and another that’s strong and flexible and is great for regular use. The popular 3D printing marketplace Shapeways will handle printing duties for Imagine 3D Miniatures. 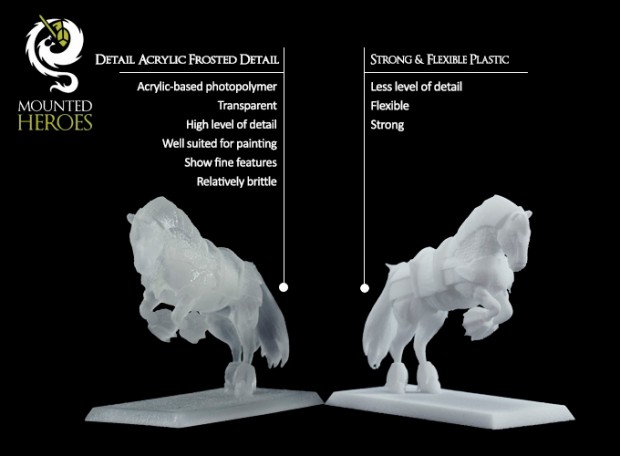 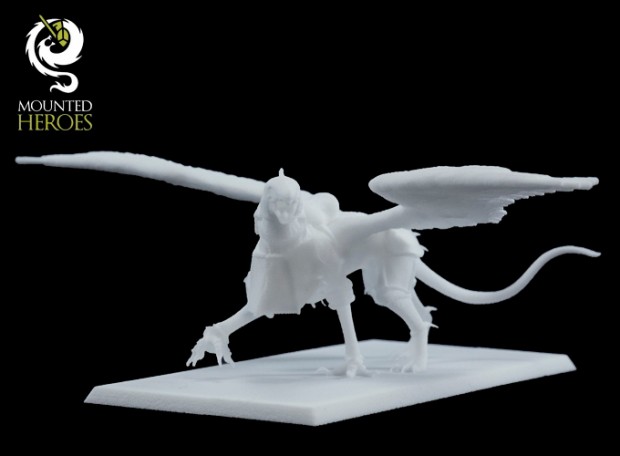 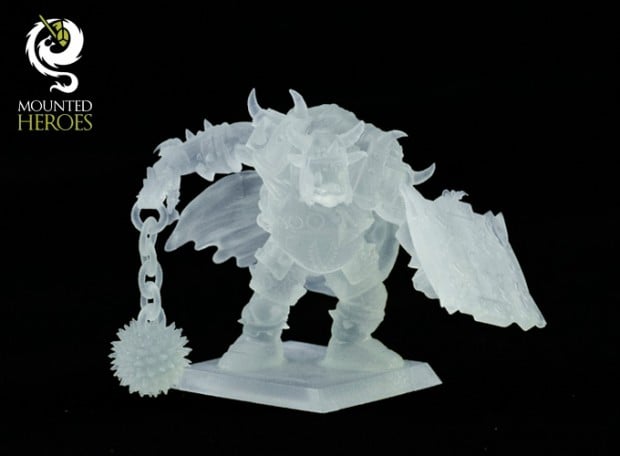 Pledge at least $30 (USD) on Kickstarter to receive a Mounted Heroes miniature as a reward. I think ultimately the quality and variety of options will decide the fate of services like this, but Mounted Heroes is off to a good start, considering they don’t have the resources or the IP to make a grand entrance into the world of miniatures.

Still, established miniature makers like Games Workshop would do well to embrace 3D printing, or services like this will make them obsolete. In the same way, Mounted Heroes and similar competitors should immediately promote themselves to artists and hobbyists to create a self-sustaining community and provide even more options to customers. I wouldn’t be surprised if art communities like deviantART branch out and provide a similar service as well.