Normally, if you want to design your own video game levels, you need some sort of programming skills to do it. A new system has landed on Kickstarter called Bloxels that lets anyone design levels for a game world using blocks and a square game board in the real world. 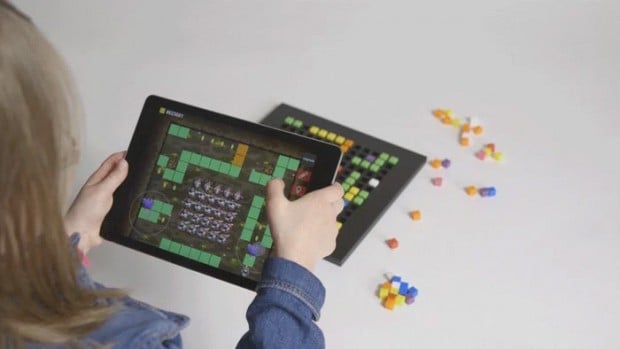 This isn’t to be confused with those glowing blocks of the same name that we talked about way back in 2009. The way Bloxels work is you take the square blocks and place them into the square holes in the game board. When you are done building your board, you take a picture of it using the game app and the camera on your tablet.

That picture is then turned into a digital game level that you can further customize and play. Multiple game boards can be used to build larger arenas, though you can do that with a single board more slowly too. Game levels you create can be shared with other people and you can play the creations of others as well.