I’m still not sure how I feel about a movie that has Superman and Batman fighting each other. They are both superheroes and I don’t think that Batman has much of a chance against Superman in a fight – after all, he’s just a man, and Superman is well, not. If you are fans of the two biggest superheroes in the DC world, you might want to pick up these metal action figures from Herocross. 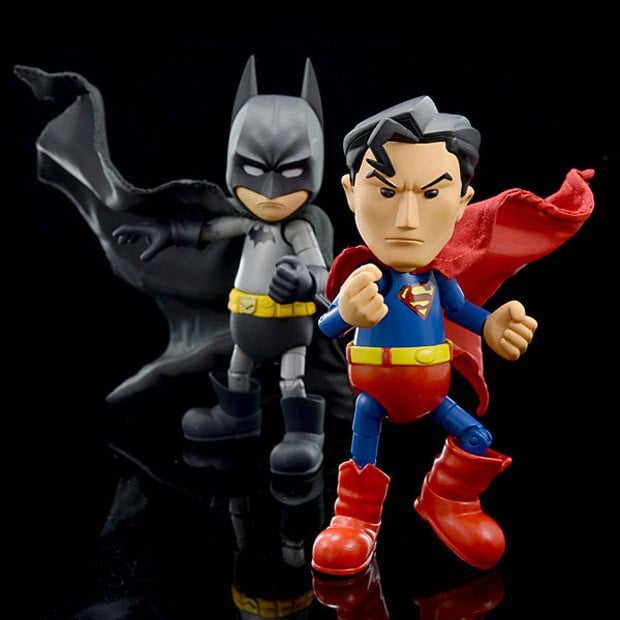 Each figure has 20 points of articulation and they come with a base to hold them. Batman has a LED bat signal, Batarang, five interchangeable gloved hands, a fabric cape, and a plastic cape. They also have cool light up eyes. 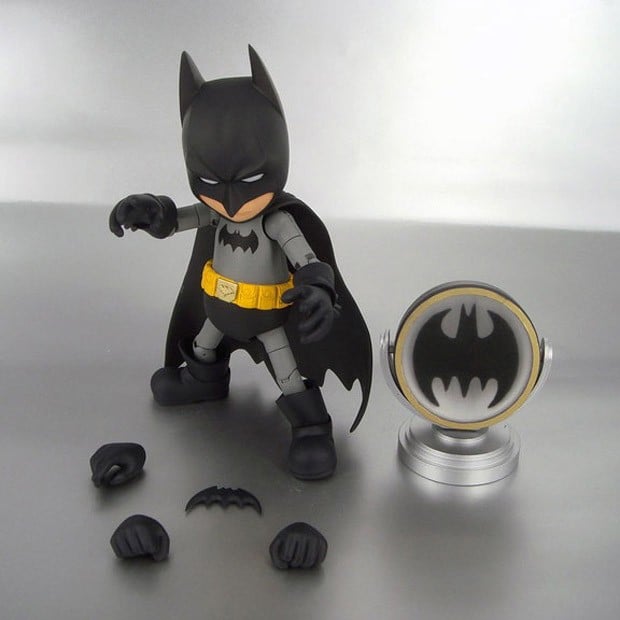 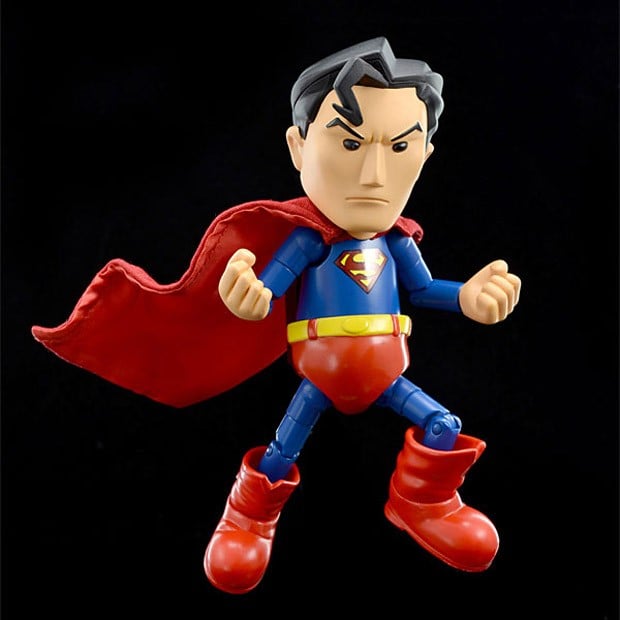 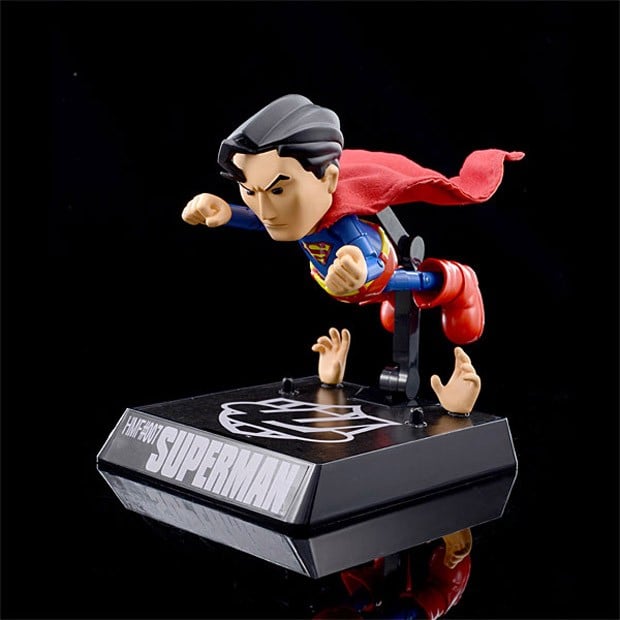 Superman has four interchangeable hands and a posable fabric cape. Even if he can’t defeat Superman, it looks like Batman may be the cooler of the two action figures. You can get either of them at ThinkGeek for $79.99(USD) right now.