3D Printing Heads to the Kitchen

I have seen a lot of really cool stuff come out of 3D printers. But all of that was just a morsel compared to the crazed creations the ChefJet Pro from 3D Systems can churn out using food. 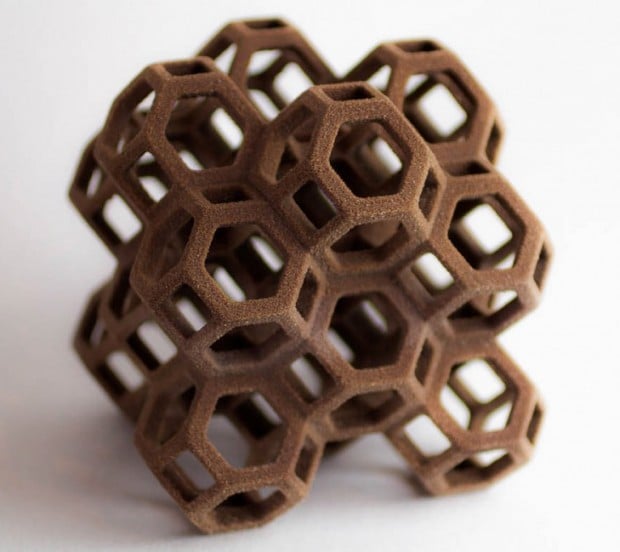 Instead of plastic, the machine, which looks like a microwave oven, uses raw materials like sugar and frosting to output its candies and edible decorations. First you load the exact dimensions of what you want into the ChefJet. It then takes that information, mathematically slices it up, and then recreates it by putting a series of very thin layers on top of one another so that the 3D likeness can be as precise as possible. 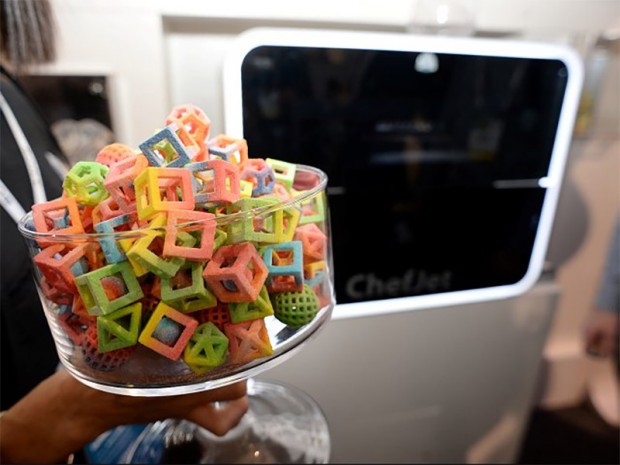 They have a bunch of examples of what their invention can churn out featured on their site, some of which are bizarrely intricate. My favorite is a sinuous snow white sugar skull that’s made to dissolve in a cocktail (Keith Richards would love it). 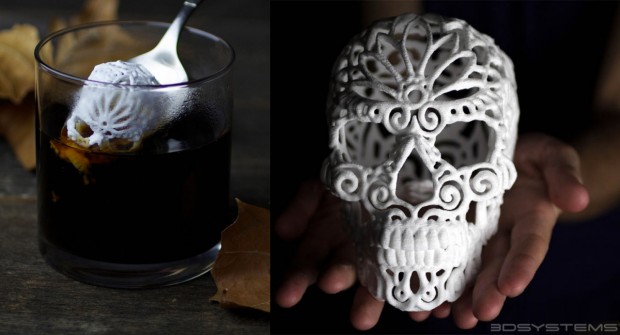 But if you really want to see something amazing, watch their video in which they collaborated with Ford to make a small chocolate candy replica of the 2015 Mustang. It will blow your doors off.