Geeks can be a strange lot. Take this eBay auction. It’s for a plethora of old SNES game cartridges. The vast majority of them are all for one game. I’m not sure why you would want multiple copies of a single game, but whatevs. 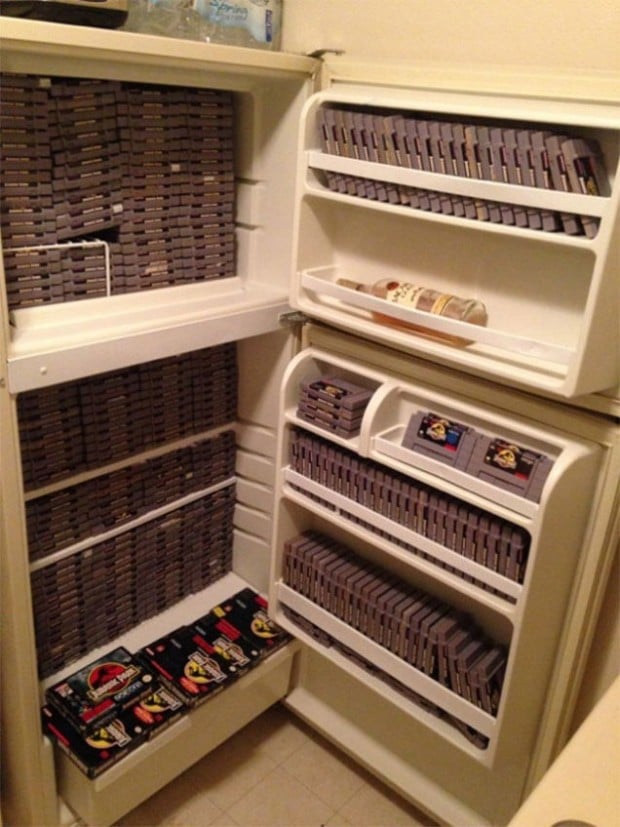 In the eBay listing, the game cartridges are all displayed inside a fridge (with a half-used bottle of Bacardi). The auction doesn’t actually get you the fridge or the rum – that would just be silly. What it gets you is more than 300 copies of the Jurassic Park game for the Super Nintendo. 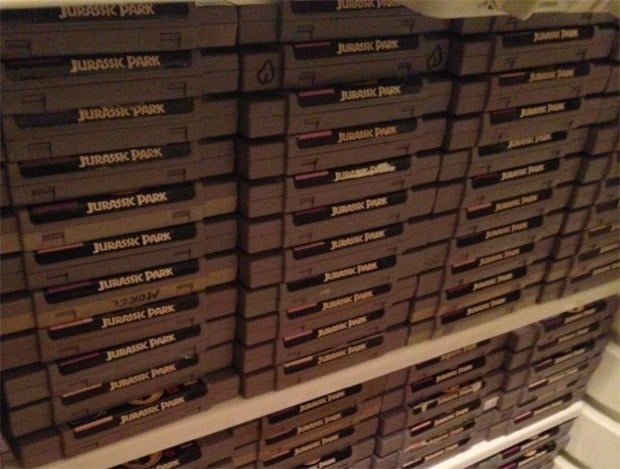 There are copies for Genesis, Saturn, SEGA CD, and Game Boy thrown in there as well. The Buy-It-Now price for the auction was set for $1,500, and someone actually bought it yesterday. Who knows why.