I was a big fan of the Star Trek movies that featured the cast of the original series. Those were some of the only movies my dad would ever go to back in the ’80s, and we saw them all. Being an even-numbered sequel, I liked Star Trek VI: The Undiscovered Country, and if you are a fan of that flick too, check out this model.

This is a scale model of the NCC-1701-A USS Enterprise as it appeared in that movie. Not only does this Enterprise sit on your desk and look cool, it also has sound effects and lights. It also comes with a Starfleet emblem base to hold it on your desk. 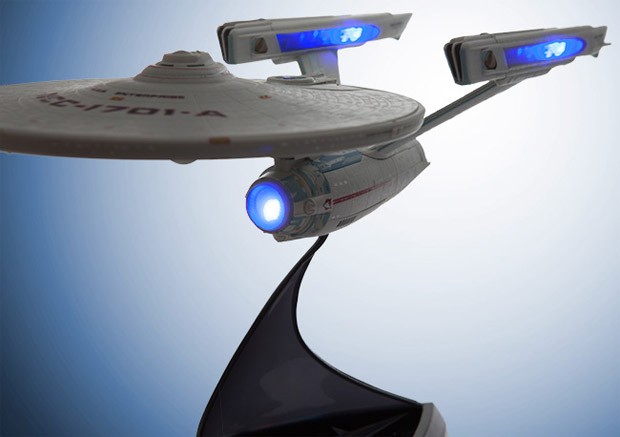 You also get sound effects for phasers, photons, impulse engines, and warp drives, and there are 16 quotes from various Star Trek flicks, including dialog from Kirk, Spock, McCoy, Sulu, Chekov, and Uhura.  You can get your own for $64.99 at ThinkGeek now. 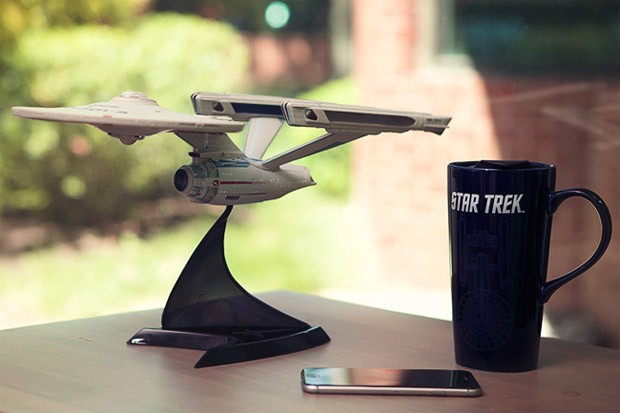