Architectural models are usually made of wood, paper and foam. But the recently launched Arckit makes building scale models a lot easier and cheaper. Arckit consists of 1:48 plastic modular pieces. It’s a lot like LEGO, but instead of studs it uses pegs and small holes. 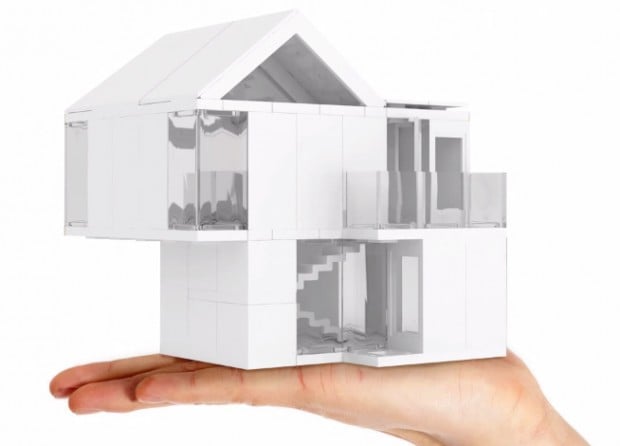 Pieces are sold in sets or as component packs for structures like walls, windows, doors, stairs and roof trusses. Their Arckitexture adhesive sheets let you add textures like wood, brick, tile and stone to models.

According to Dezeen, Arckit was designed by architect Damien Murtaugh out of his frustration with computer generated models. Although in the end Damien chose to make Arckit’s components available as 3D models by way of SketchUp for those who want to work with computers instead of physical models.

Soon after launching Arckit, Damien and his company realized that kids wanted to play with the kit as well, so now the company has expanded to that demographic.

You can order Arckit sets straight from the company’s online shop or from Amazon, starting at $120 for the 220-piece kit.