In the past months we’ve seen retro video game consoles based on the Raspberry Pi stuffed in ever shrinking Game Boy (or Game Boy–inspired) cases. So it’s refreshing to see the opposite for once: a huge Game Boy replica with a 19″ screen. You don’t need a magnifier for this big fella. 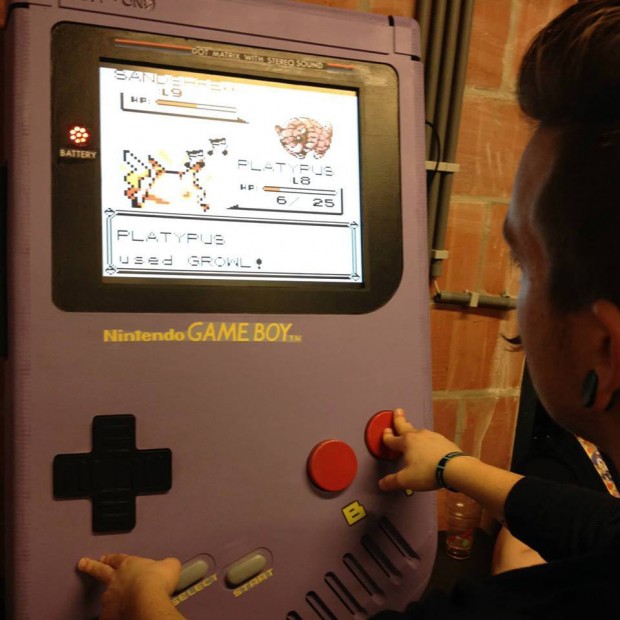 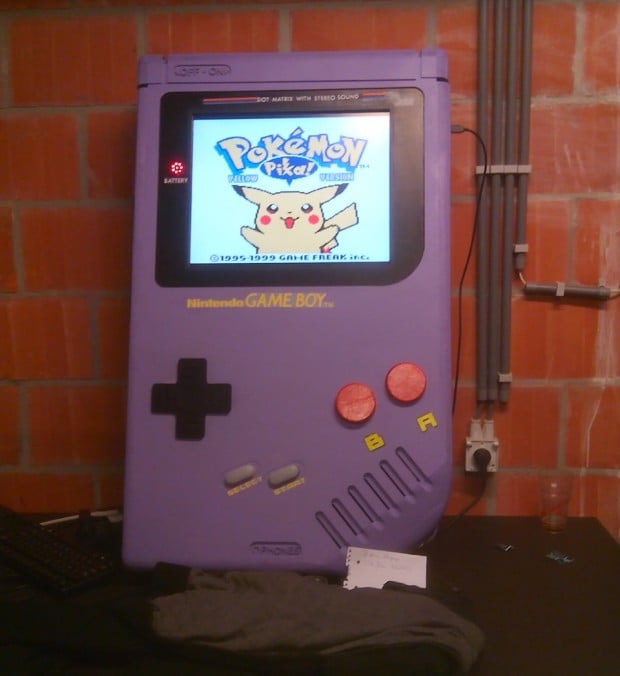 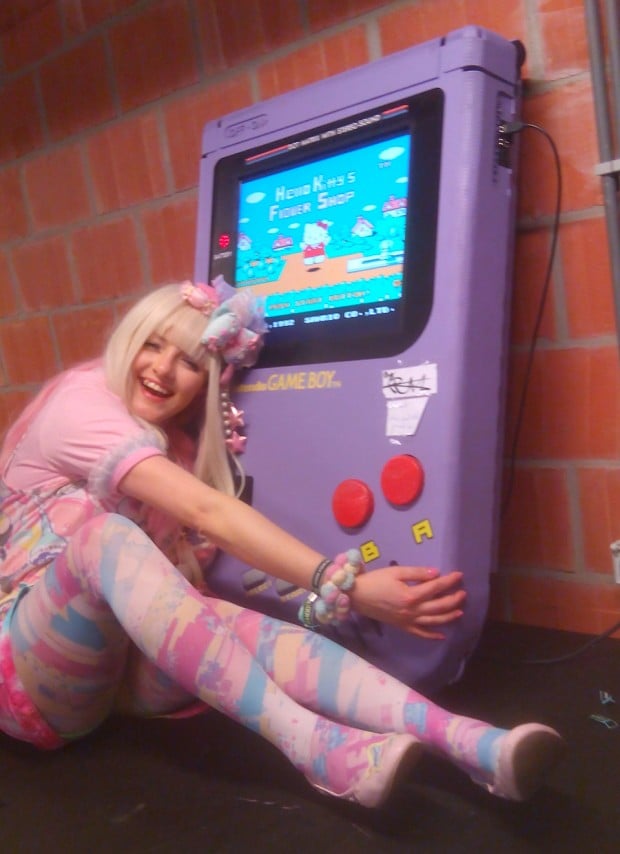 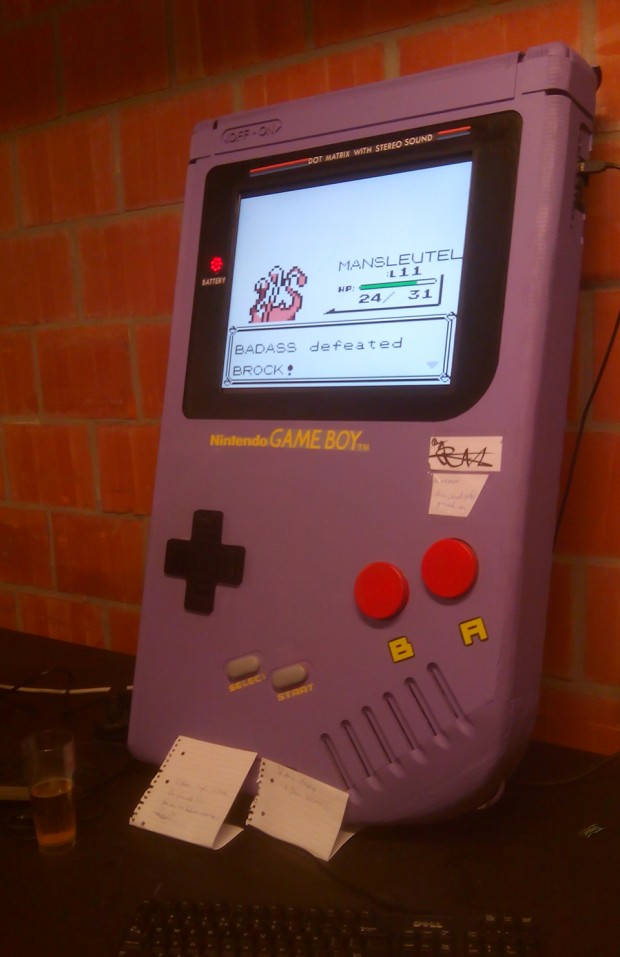 Hack A Day community member Raz calls his creation the Game Boy XXL. It’s made of MDF and has mechanical buttons. Like many Raspberry Pi consoles, it’s loaded with RetroPie, which means it can play more than just Game Boy titles. Raz made it in his spare time for Nintendoom, a major chiptune festival in Belgium.

The eye-catching system works well and looks good, considering Raz had to rush this one in time for the festival. But he says he’s already working on an improved version and will paint it in the original Game Boy color.