Back in 2013, we talked about a tiny robot from UC Berkeley that a team had developed that was able to run around at 2.7 meters-per-second. That was pretty fast, but roughly two years later the team has completely revised the little robot, called the X2-VelociRoACH and it’s nearly twice as fast as its predecessor. It has the same basic design, but all the materials were updated in an effort to smash the speed record for robots of its size. 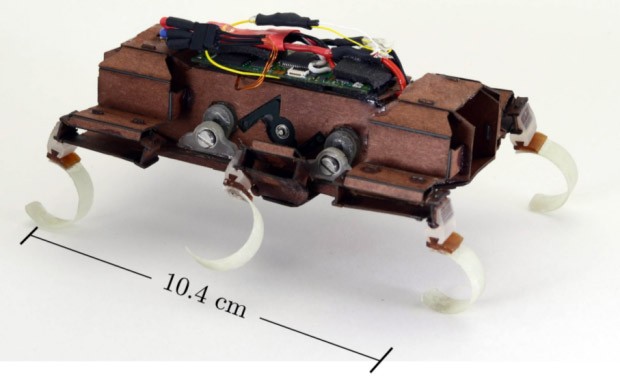 The team did in fact smash that record with a sustained speed of 4.9 meters per second or 11mph. That is really fast for something this small. In fact, you can barely see the robotic bug streak past in the video below:

The team upped the stride frequency to 45 strides per second to break the record. The robot could go faster but when it did, parts flew off or broke. The team is looking at making new parts with improved materials to push the ‘bot even faster.