The Fraley’s Robot Repair Shop was a public storefront art installation, created by artist Toby Atticus Fraley. It was located in the Pittsburgh Cultural District from November 2011 to May 2013. It featured a scene that imagined that the “owners left for vacation, leaving robots in various stages of repair.” It was a cool idea. Now it is time to put one in an airport. 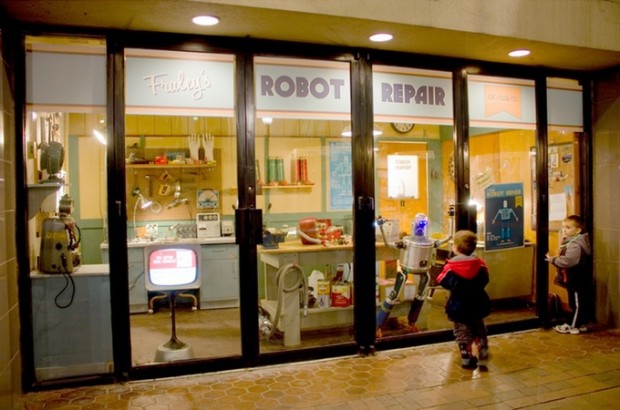 Fraley wants to rebuild it, completely re-imagined, and place the art installation in concourse A of Pittsburgh International Airport. A lot of people would certainly see it there, that’s for sure. He is raising funds on Kickstarter to help make it a reality.

I would love to see this. We all would, that’s why they have already blown through their goal. You can still pledge some money and help them make it really awesome.