We’ve seen plenty of Wolverine claw replicas, some even retract and deploy on command, but MyoWare’s claws react to your muscle movements. Now you can be the Wolverine you have always wanted to be. 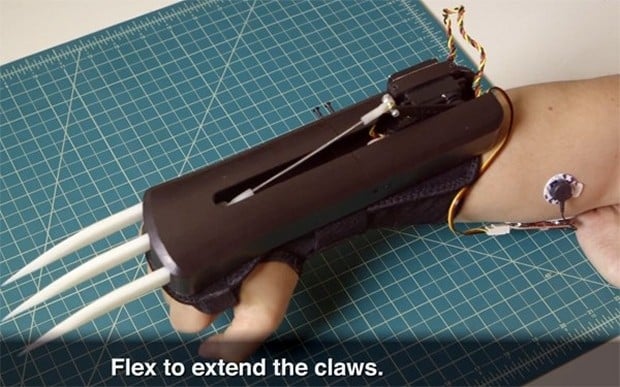 These claws sense when you flex your muscle and the four inch claws flick out in just a fraction of a second. Then you can just relax your arm and the claws recede back into the glove. They may not be made of adamantium, but they are the coolest Wolverine claws you can get.

MyoWare has even made their hardware technologies open source and shared their step-by-step instructions to build the claws for yourself. How cool is that? Their Kickstarter campaign will be donating one of the new 4th generation sensors for every five backers to Limbitless Solutions, a non-profit organization that builds and donates 3D-printed myoelectric prosthetic arms to children around the world. That’s doubly awesome.