While conceptualizing a sustainable printer, designer Jessica Chan found out that inks used in traditional cartridges are not 100% biodegradable. In pursuing her idea she ended up making a pen that could be refilled with practically any fluid that could stain: wine, beer, juice, etc. Thus the WinkPen was born. 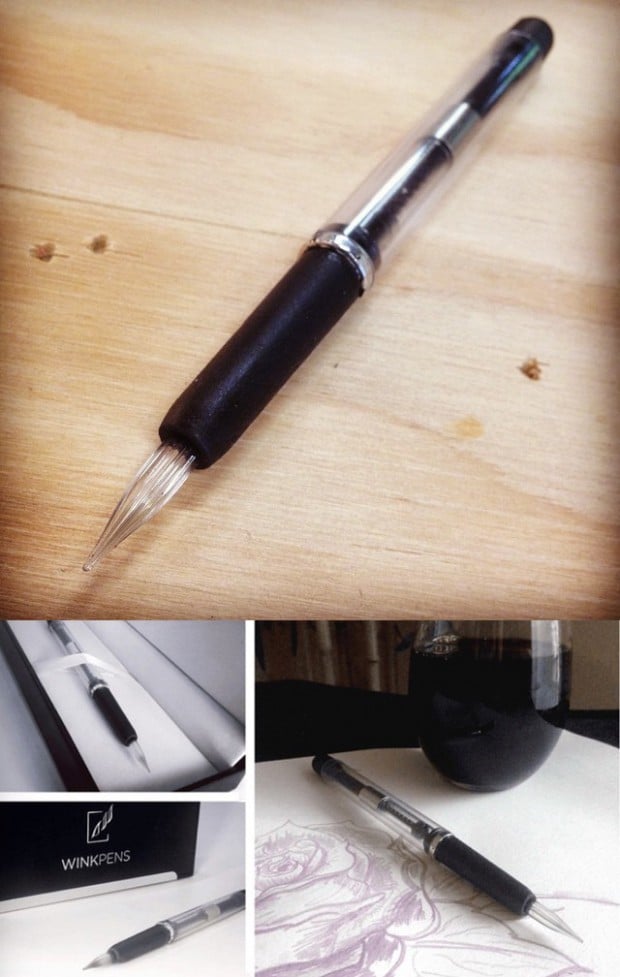 The WinkPen has a double-headed glass nib so you won’t have to worry about rust. One head is for calligraphy while the other one is for fine lines. To get ink, just dip the nib into your ink of choice and twist the WinkPen’s body to suck up the liquid. The pen’s parts are held together by O-rings and can easily be dismantled for cleaning.

Edit: I had a brief chat with Jessica, and she says one of her favorite raw inks is beet juice, but she’s also tried soy sauce, tea and of course coffee. She also confirmed that WinkPen works just as well with traditional ink.

Jessica has already reached her target goal on Kickstarter but as of this writing you can still pledge at least $54 (USD) to receive a WinkPen as a reward.