DIY Knife Toasts Bread as it Slices: The FurzoToasto

What’s the greatest thing since sliced bread? Sliced and toasted bread. At the suggestion of one of his viewers, the mad inventor Colin Furze made a knife – a saw? – that toasts as you cut the bread. 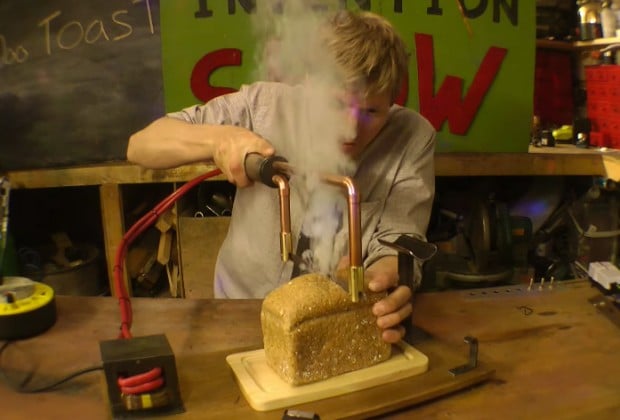 The knife toasts bread thanks to its quick heating blade, so the Furzo Toasto can also toast bread that’s already been sliced, as well as melt butter over bread. It’ll also cut through flesh and burn it at the same time, so there’s that.

Colin used a microwave oven transformer to generate the heat, which is transferred to the blade via a thick wire and a pair of metal tubes.

It seems like such an elementary project, but as with all of Colin’s past and future inventions, don’t even think about trying this at home.