Late last year I talked a bit about a pair of robotic arms that had a sword fight. It was pretty awesome to see them battle it out to the with swords. This time out we have a robot with a katana sword and this ‘bot is totally a Fruit Ninja. 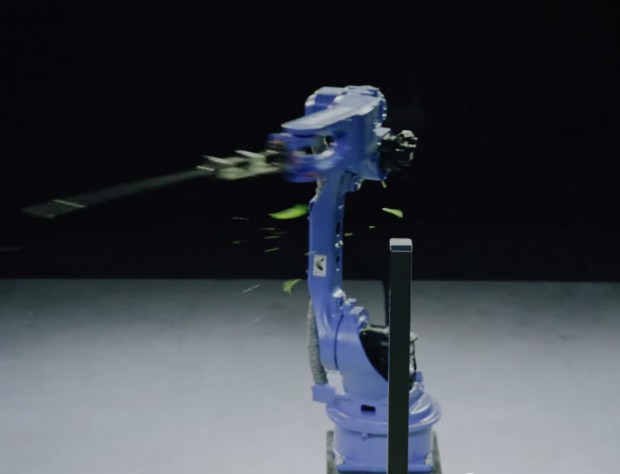 In fact, this robot is accurate enough with its sword to slice a pea pod in half. The robot is a Yaskawa Motoman-MH24, which is used in the medical field. The robot is slicing stuff based on movements captured from modern samurai Isa Machii.

This is one video that you will want to see. I keep expecting chairs and stuff to come flying out of the ceiling for it to slice.