Steampunk Mario: I Say Good Sir, Would You Kindly Release Our Princess?

It’s a me! Steampunk Mario. This awesome steampunk version of our favorite plumber was created by Rodrigo Marckezini. Apparently this Mario and his brother Luigi were servicing pipes back in the late 1800s. 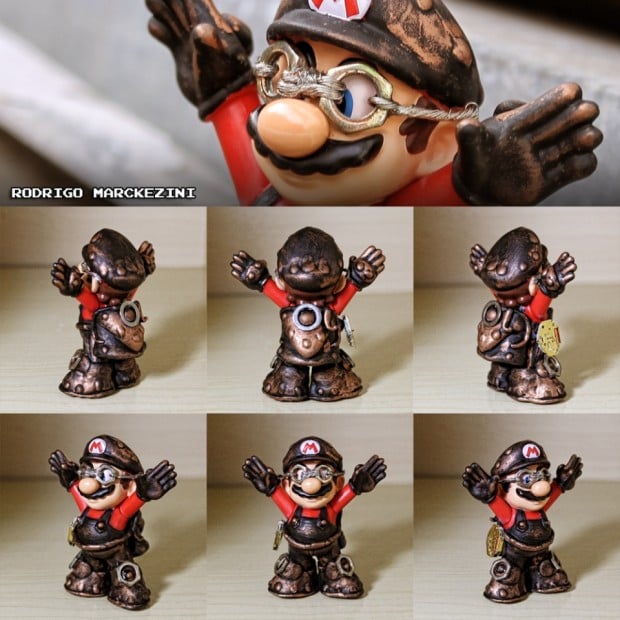 As far as Mario figures go, this one is pretty awesome. Mario looks authentically steampunk. I just hope all of the Goombas and Koopas and Bob-ombs are all just as steampunk. I really want to play that game. Mario and Luigi are a pair of plumbers in Victorian-era London, facing off against steampunk Bowser and a whole bunch of monocled shy guys.

Yeah, that would be an awesome game. Awesome figure, Rodrigo.