Last month we checked out a fan-made Outland expansion for Hearthstone. Here’s another fan made creation, this time for a new character class based on Pokémon. Redditor sashashepto’s ideas are far from balanced, but hey, we’re just having fun here. And it’s not like this is ever going to happen, so why not go crazy? 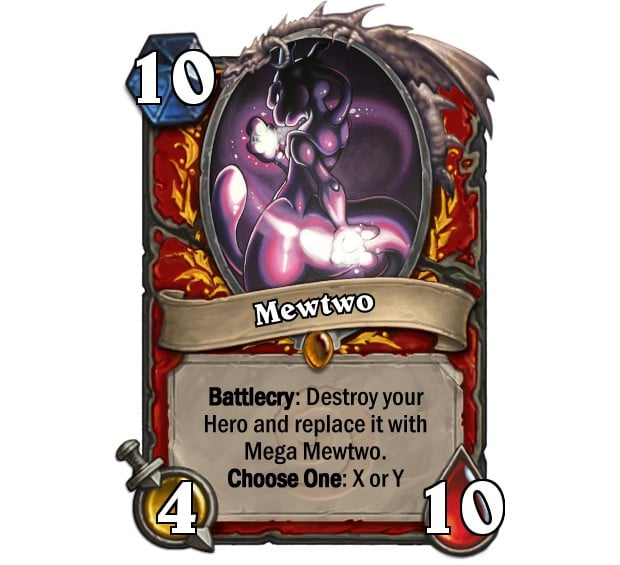 The character class is of course the Pokémon Trainer. His hero power is sadly not a Poké Ball that captures enemy minions, because that would be OP. Instead he has a Berry Pouch that gives you a random berry card, each with different effects. Here’s the rest of sashashepto’s concept:

You face Mega Mewtwo! Experimental Lord of Cerulean Cave! Head to sashashepto’s Reddit post for more on his card ideas.