SpaceX has never been shy about offering up HD video of both its successes and failures. One of my favorite SpaceX videos is the one of the rocket exploding while trying to land. SpaceX has offered up a new video that lacks explosions, but is very beautiful and serene instead. 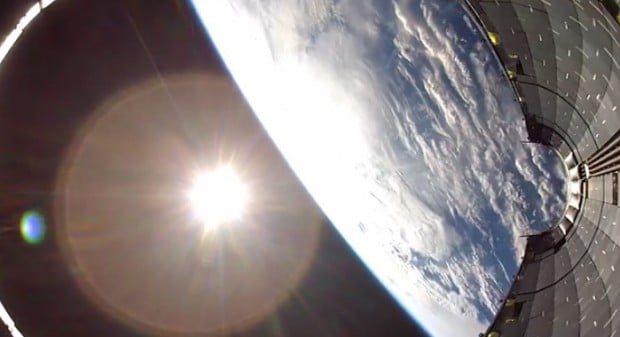 The video was shot using a GoPro camera that was attached to a fairing used to protect cargo during launch. The composite fairing is used for low earth orbit insertions and other launch types.

While the rocket rumbles its way back home, you can see the Earth, our incredibly bright sun, and other planets and stars against the darkness of space.