I have said it a million times around here; I am a big fan of Pacific Rim. I thought it was a great flick and I am looking forward to the next installment eventually hitting theaters. We have seen plenty of Pacific Rim action figures since the movie launched. In fact, back in March I talked about some action figures that included Gipsy Danger with an arm missing. 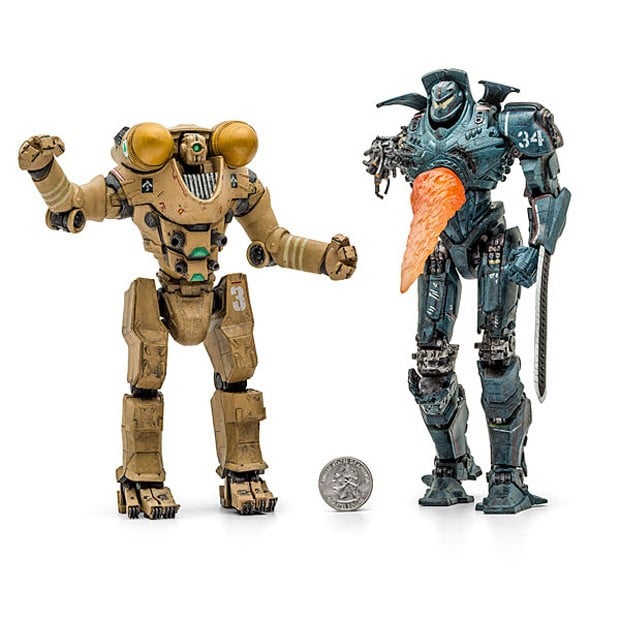 A pair of new action figures from the movie has launched and they include Gipsy Danger with its reactor shooting a blast of fire from its chest or Horizon Brave Mark-1. Each of the action figures has 20 points of articulation.

Gipsy Danger has its sword deployed on its one remaining arm. The figures stand 7-inches tall and will set you back $24.99(USD) each on ThinkGeek.