Teens React to Contra. You React to Teens Sucking at Contra

When we were kids, games were hard. Like, really hard. We didn’t have the fancy checkpoints and respawns that you special snowflakes have today. We only had life or death. Many games were unforgiving. Brutal even. It could take months to master some games. You kids today have no idea. 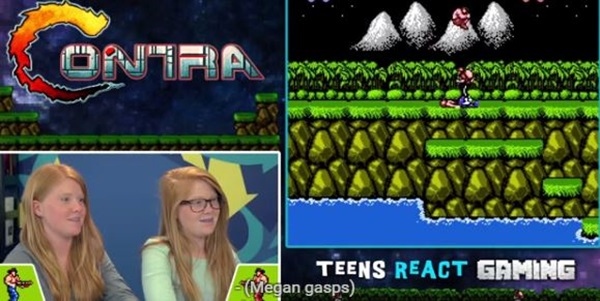 I don’t even think that Contra was that tough, but today’s teens have a hard time with the title. In this video from the Fine Brothers, watch them fail miserably and then wonder why not everyone gets a trophy at the end. Poor kids. They don’t know what proper video games are like.

I’m just happy that videos like this introduce kids to some quality gaming. There’s nothing like a good game of Contra with a friend.