Leonard Nimoy Gets Asteroid Named After Him

If you are a fan of science fiction in any form, you surely know the name Leonard Nimoy. Nimoy played Spock in the original Star Trek series and in many movies on the big screen including the Star Trek reboot. Nimoy died at age 83 earlier this year and to celebrate his life, an asteroid has been named in his honor. 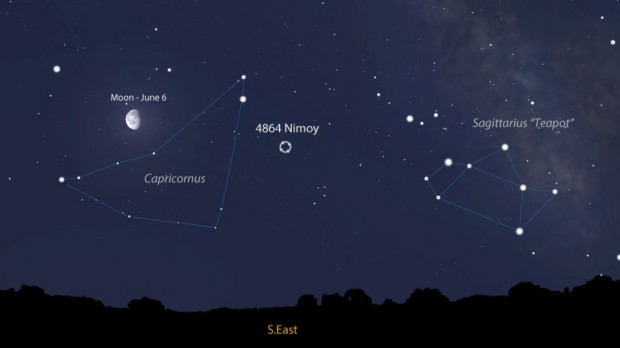 It’s called 4864 Nimoy, and it’s a mountain-sized asteroid roughly 6-miles across. The asteroid orbits the sun once every 3.9 years and lies in the inner part of the main asteroid belt between Mars and Jupiter.

If you want to see 4864 Nimoy with your own eyes, choose the right telescope and look at the night sky next month, as it will be close enough to see. Coincidentally, another asteroid called 2309 Mr. Spock is actually named after the discovering astronomer’s cat.