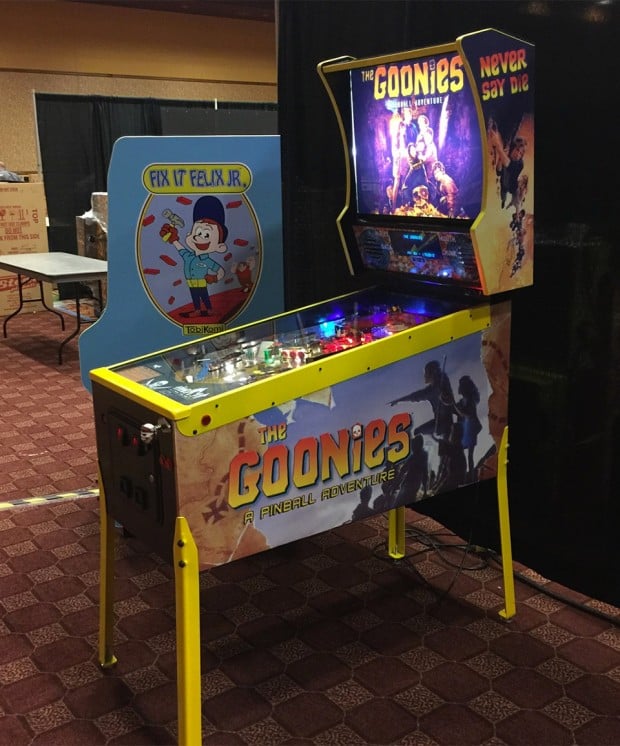 Mike loaded this machine with all kinds of impressive details. From the skull-shaped plunger, to the cave, to the sound effects and music from the movie, it’s truly impressive. As a pinball fan myself I can say that it is a true work of art. He modded an existing Hollywood Heat machine and totally revamped the theme.

After it was finished it let others play it at a Goonies themed art show at the BART brew gallery in Orlando, Florida, where a custom-built Goonies arcade cabinet was also on display: 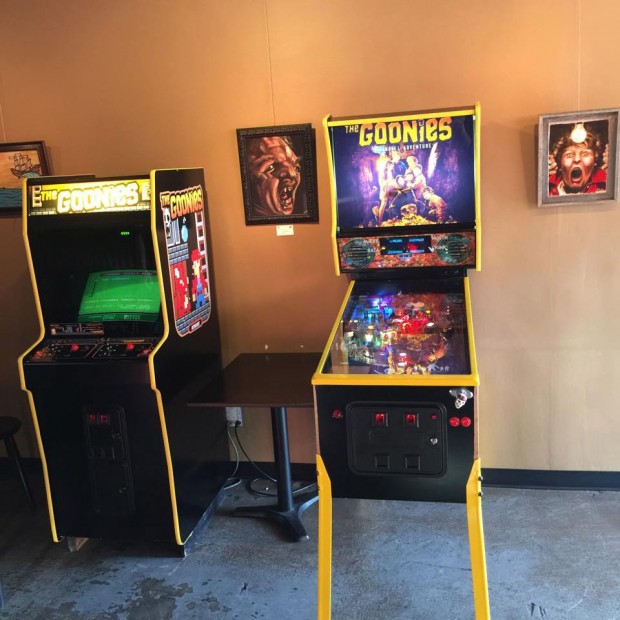 I wish I was in Mike’s area so I could play his machine. He did an amazing job.