We have been talking about the 3Doodler pen since it first turned up on Kickstarter several years ago. This is sort of a mash up between a 3D printer and a hot glue gun. What it allows you to do is draw anything you can think of in full 3D rather than on flat paper. If you liked the idea of that 3Doodler pen, but haven’t laid hands on one just yet now is your chance. 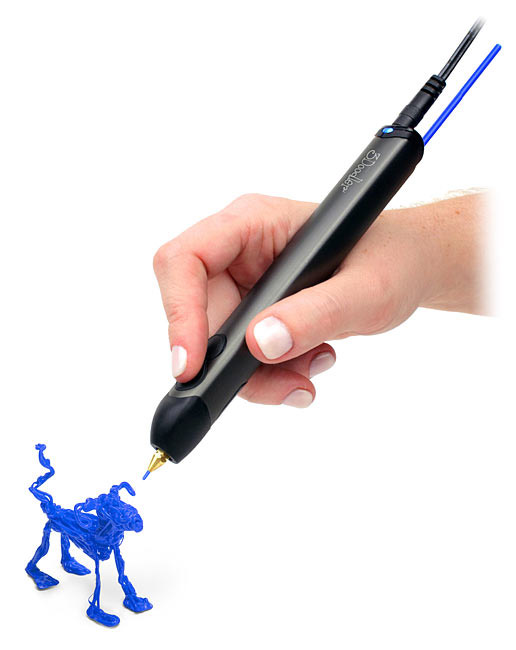 The 3Doodler 3D Printing Pen 2.0 has landed at our favorite purveyor of all things geeky, ThinkGeek. The 3Doodler will set you back $99.99(USD) for a starter kit that includes the pen and filaments to draw with. The pen includes a two temp heater for ABS or PLA filament types, and you can pick up a set of different nozzles in varying shapes and sizes for another $20. 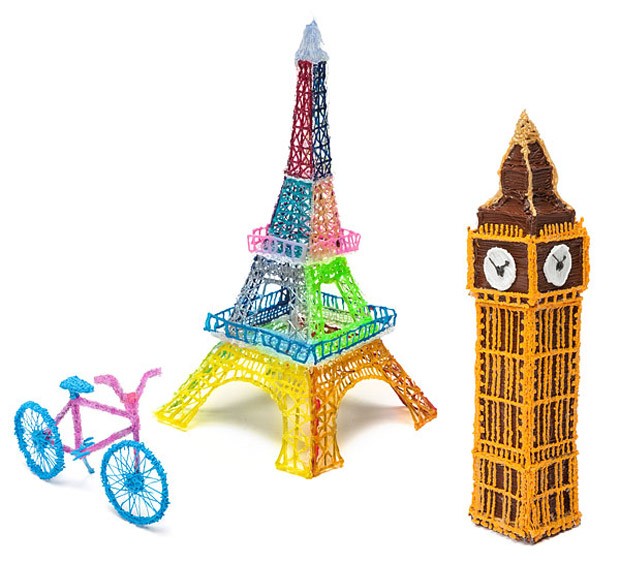 Once you run out of filaments to play with you can order more starting at $9.99 per set. This is one of the coolest artsy products out there and would be a great thing for kids to do this summer while school is out. 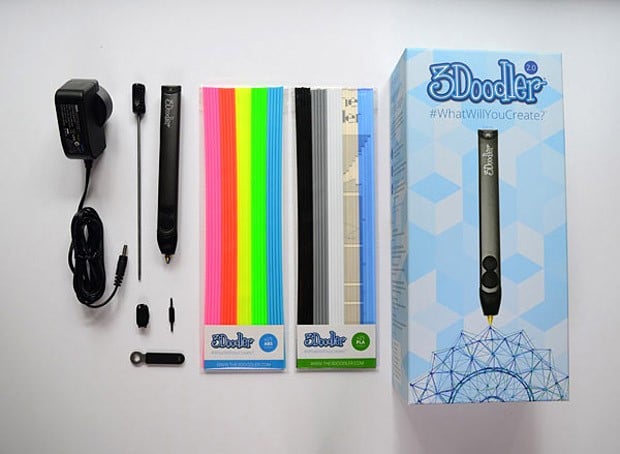