One of my favorite movies to ever feature anything about Mars is the original Total Recall with Arnie. The remake sucked, but that original was fantastic ’80s fodder. I can’t think of Mars since that movie came out without thinking of Arnold with his eyeballs swelling out of his head before the air machine turned back on. 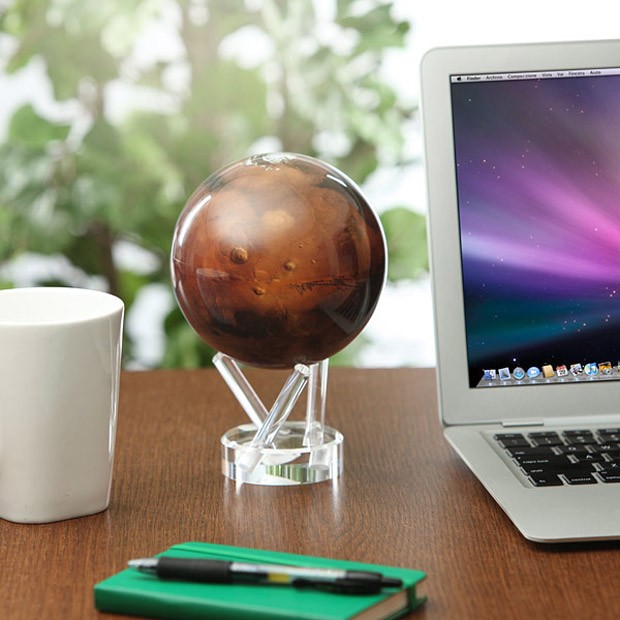 Astronomers and fans of that movie will want to get hands on this spinning 4.5-inch globe that looks like the red planet. It appears that the globe floats on a magnetic field. Its rotation is powered by low-light solar cells. That means you don’t have to worry about batteries.

Get your ass to ThinkGeek, where you can pick one up for $139.99(USD). Maybe you’ll find Kuato there too.