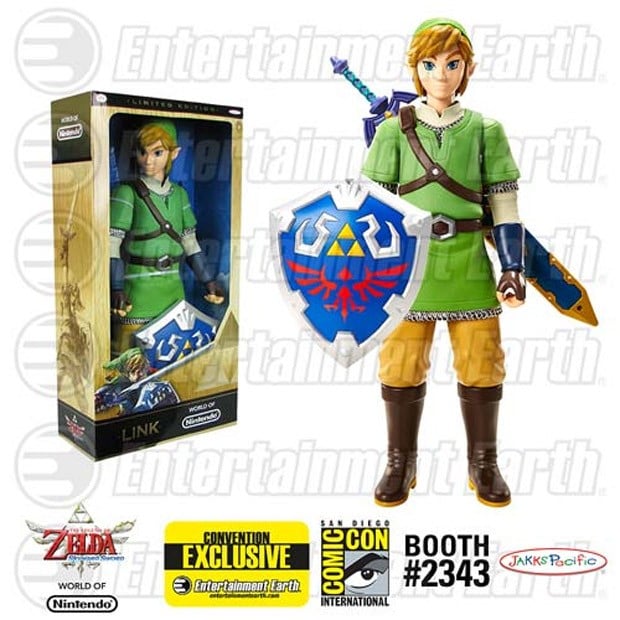 When you say action figure, I think of something smaller and plastic along the lines of the Kenner Star Wars action figures I had as a kid. This Link action figure is 20-inches tall. He has metallic silver chainmail and a golden triforce shield. He also has a massive Master Sword on his back.

The box he comes in looks like the Zelda game boxes from back in the day that we used to tear up and throw out. You can pre-order the giant Zelda figure over at Entertainment Earth now for $59.99(USD) and it will ship in July.