DrumPants 2.0: MIDI on the Move

A couple of years ago we featured DrumPants, a set of wearable drumpads. Now the company is raising funds for the second version of its unique MIDI controller, which has improved features and open source software. 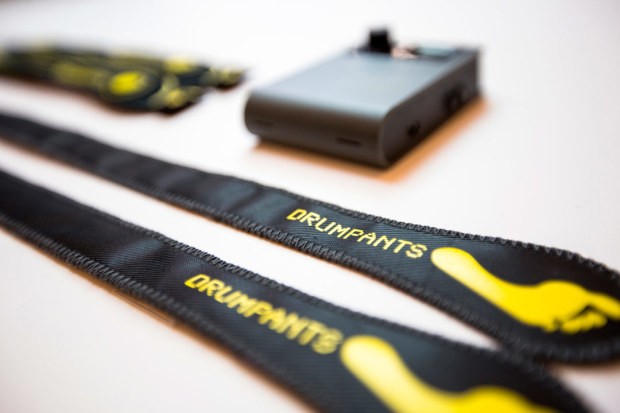 DrumPants’ hardware still works the same. There’s a pair of pads, each with two MIDI/OSC triggers, and a pair of foot triggers for a total of six inputs. Because the two main pads are light, thin and flexible, you can wear them under or over your clothing, stick them to objects, etc. DrumPants Inc. says they’ve reduced the latency of their optional Bluetooth module. They’ve also improved the layout of the control unit, designed new companion software and made DrumPants Arduino-compatible.

At the end of its fundraiser, the company will release the schematics and design files for DrumPants’ PCB. They’ll also make the necessary firmware available for free, and have included a DrumPants dev kit available as a pledge reward.