My Hector fears spawned by ’80s horror/sci-fi flicks aside, robots are really cool. DARPA really wants robots to come to the mainstream for all sorts of uses from carrying heavy gear for the military to saving people in environments too hazardous for humans to work in.

The most popular robotics event that DARPA hosts is the DARPA Robotics Challenge course that is focused on making robots suitable for lifesaving measures when needed. 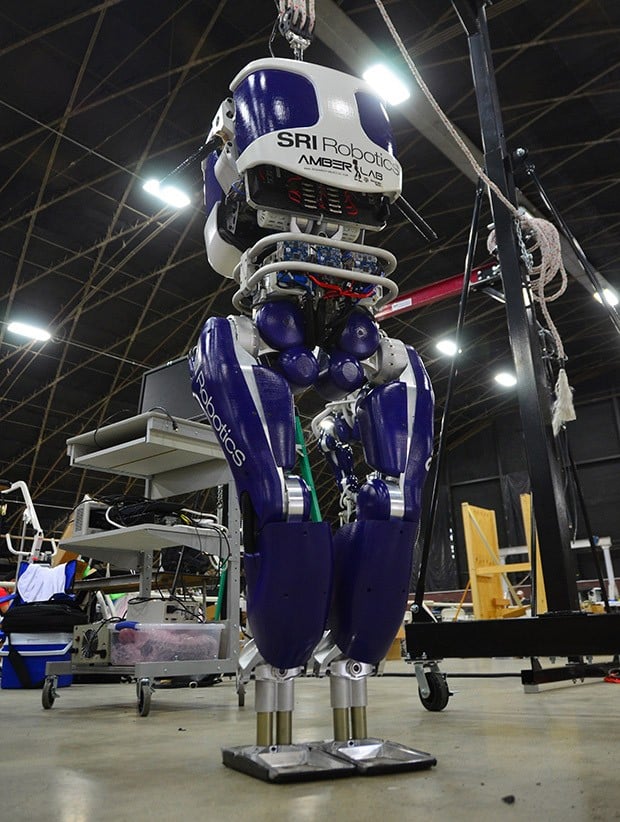 One of the first working robots that was produced for DARPA was the Boston Dynamics Atlas robot. The ‘bot was strong, but had very limited runtime because it wasn’t very efficient. That issue spawned another DARPA challenge called the Endurance Challenge. The goal of this was to produce robots that are ultra-efficient to the tune of up to 30 times more efficient than Atlas.

A bot called DURUS has proven to be very efficient indeed. SRI created the robot, and with its fully charged battery it walked for 2 hours, 35 minutes, and 45 seconds on a treadmill traveling a distance of 2.05 km. That gives the ‘bot something called an average cost of transport of 1.5. The team wants to get that down to a 1.0, and if they can it should be able to walk about 10km on a full 2.2 kWh battery.