Robot Tries to Feed a Dog Pop-Tart, Does Not Go as Planned 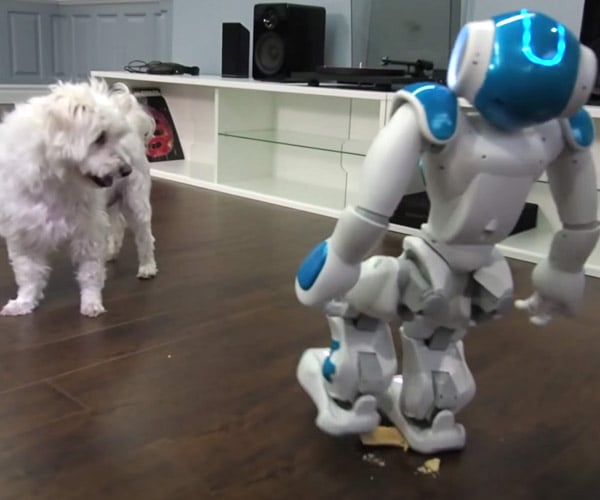 The owner hands him the toaster pastry, and the robot is all impressed saying, “Wow!” as it examines the treat. Then it tells the dog that he doesn’t want it and that he can borrow it. So the robot just drops the treat, deciding that it would rather take a walk. So this genius walks right over the Pop-Tart and slips, falling backwards. Then he gets up and walks, leaving a trail of crushed Pop-Tart all over the floor. I’ll leave the punchline for you to discover.

It’s pretty much the funniest thing you’ll see all day.