Samsung ships a lot of goods in Argentina, which is good, but that country has a very large number of accidents, many of them due to cars trying to pass other cars and trucks on busy, narrow roads. Well, Samsung has an answer. 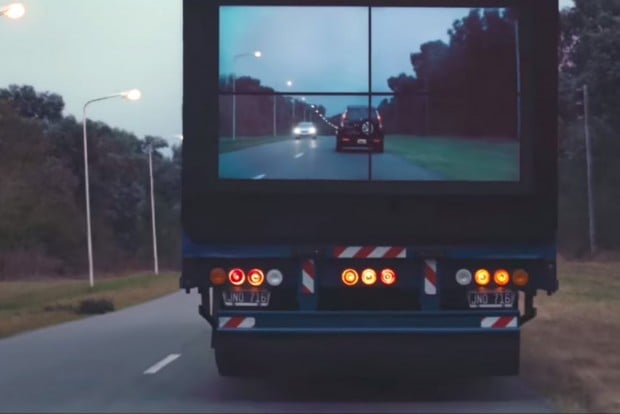 Samsung and advertising agency Leo Burnett Argentina have developed this campaign to improve road safety. There is a wireless camera on the front of this truck. At the rear there are four large screens that show the view from the front camera. This helps cars behind them pass safely since they can clearly see if any cars are coming.

It’s a simple, but brilliant idea. Every large truck and bus should have it as standard equipment. This could make roads much safer.